He also asked factories to get themselves rated and start the culture of quality, productivity and technology. 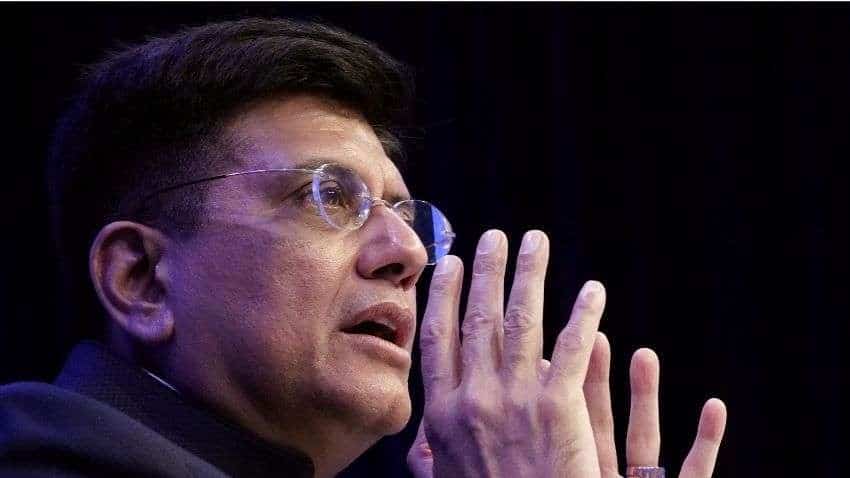 He also asked factories to get themselves rated and start the culture of quality, productivity and technology. Reuters Photo

Textiles Minister Piyush Goyal on Thursday called for making rapid strides in increasing the yield productivity and improving the quality of cotton grown by Indian farmers with an aim to increase their income and promote growth of the sector.

He also asked factories to get themselves rated and start the culture of quality, productivity and technology.

"Today we hold the first place in cotton production at 360 lakh bales, which is roughly 25 per cent of the world production. We are a net exporter of our cotton produce in India. However, we now have to make rapid strides in increasing the yield productivity, and improving the quality of the cotton grown by our farmers," he said at a CITI webinar.

He added that steps taken by the government like extension of RoSCTL (Rebate of State and Central Taxes and Levies) till March 2024, Remission of Duties and Taxes on Exported Products (RoDTEP) scheme, and approval for setting up of seven mega integrated textile parks will collectively have a huge impact on the cotton textile industry.

Free trade agreements, which are under negotiations, with developed countries would help in providing a level playing field and greater opportunities for the cotton textile sector, he said.

"India held a global monopoly over manufacturing of cotton textiles for over 3,000 years. We need to bring back the same dominance in the global cotton industry," he said adding for the first time, branding of Indian cotton has started to get recognition globally and Kasturi Cotton has the potential to emerge as 'Brand India's' premium raw material globally.

Further, the minister urged farmers to use 'kapas' plucker machines to control contamination at farm level.

"We now need to focus on increasing quality and productivity so that we can increase the yield and the profit margin of our farmers while keeping the cost of cotton at reasonable and at competitive levels both for domestic and international markets," Goyal said.

Collective efforts are required to increase productivity from 457 kg per hectare to 800-900 kg per hectare, which is broadly the world average, he added.

On exports, he said the exports should triple from USD 33 billion at present to USD 100 billion in the coming years.

"Work is underway on your (industry) proposal to boost development of the seed chain of newly released cotton varieties and introduction of extra long staple cotton varieties," he said.

In a separate webinar, Goyal, who is also the commerce minister, said that countries with which India is negotiating free trade pacts, it is trying to look at how universities of both the sides can collaborate to cut the cost of education.

India is negotiating these pacts with countries such as the UK, Australia and Canada.

In the Free Trade Agreement and Comprehensive Economic Partnership Agreement (CEPA) talks being negotiated with many countries such as the UK, Australia or Canada, we are trying to include education as a key sector of cooperation and incorporate tie-ups among Universities keeping National Education Policy (NEP) as the basis and aiming to reduce fees,? he said.

Resolve Cotton Pricing issue in the spirit of Collaboration rather than competition: Textile Minister to Industry