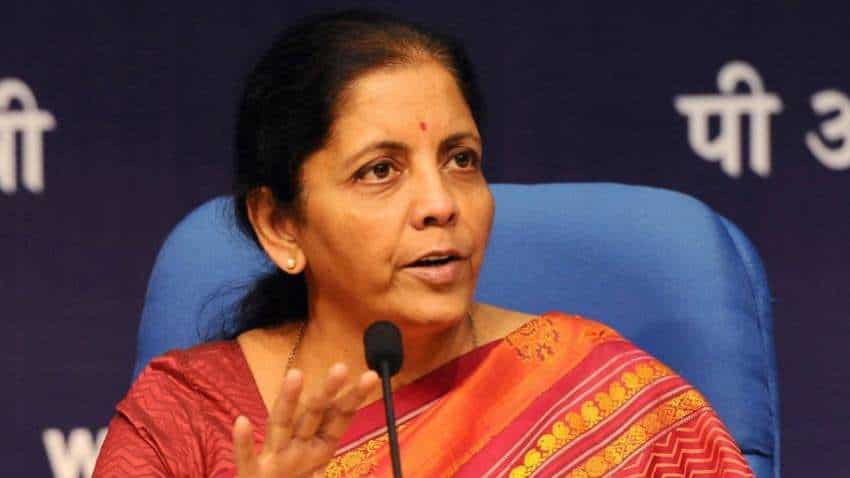 The minister also instructed the banks to install ATMs in all 17 tea garden districts of Assam within 40 days. Photo:IANS

The minister also instructed the banks to install ATMs in all 17 tea garden districts of Assam within 40 days of receiving a list from the state government as to where they want these.

The minister, who held a meeting with chiefs and executive directors of all PSBs, said she wanted the banks to be more agile in view of the efforts made by the state government to ensure they get the government plans and programmes, including the direct benefit transfer efforts, moving.

"I have clearly given a direction to the banks that all accounts of the tea gardens workers should be made DBT compatible in the sense they should have all the prudential norms and other things as is required," Sitharaman told media persons.

Asking the banks to be flexible, she said they shouldn`t insist on Aadhaar as the only valid identity document and accept other valid identity proofs like voter I-cards as far as the tea garden workers are concerned.

"Even if it is going to be difficult, I want to be sure the banks have taken a flexible approach in being able to bring in all the tea garden workers, who had an account, and that account should seamlessly continue.

"For any mismatches that may exist in the name or matching of name together with the other valid identity, I am not insisting on Aadhaar, but any other valid identity like voter card. All that reconciliation should happen before March 15," she said.

The Minister said the banks must ensure the accounts of all tea garden workers are reconciled with whatever other valid identity document they have with them.

"There should not be any mismatches. And if the state government so wants, the accounts should be ready to receive the DBTs," she said.

With regard to setting up ATMs in the tea garden districts, she said the state government would provide a mapping within seven-ten days about where they want these to be installed.

Asked about the connectivity problems in tea garden areas the banks have been raising as a major roadblock in providing direct transfer to accounts of the workers, she said state Finance Minister Himanta Biswa Sarma has spoken to service providers.

"They are willing to work with the state government and the banks. So connectivity should not be a problem. And with all banks cooperating, things should fall in place," she said.

The minister said banks have also been asked to increase the number of bank Mitras where necessary so that they can actually collect the cash and deliver it.

Biswa Sarma said the BJP-led government in the state opened eight lakh accounts of tea garden workers. "But because of KYC (know your customer) issues, 30 per cent of them were not operational."

After Sitharaman`s directive, all these 2.5 lakh bank accounts would become live soon, he added.