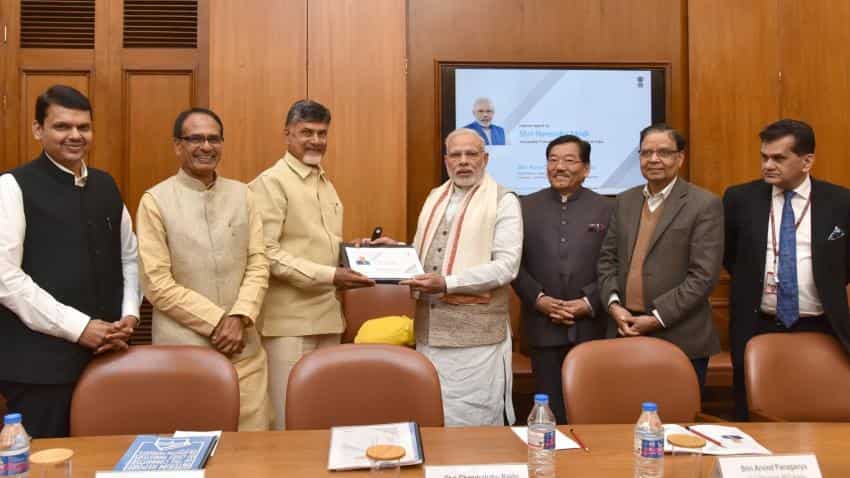 The interim report stated that Ministry of Finance and Reserve Bank of India (RBI) must take action to make Aadhaar a primary KYC (Know Your Customer) identification to promote adoption of digital payments. It said that Section 57 of the Aadhaar Act can be applied in this regards apart from amendment to PMLA rules.

The interim report further said that that a banking cash transaction tax (BCCT) on transactions of Rs 50,000 and above could be applied to curb large transactions in cash.

The interim report suggested that the Government should lower or remove MDR charges on digital payments to Government entities. "All government sections like insurance, educational institutes, fertilisers, PDS, Petroleum etc to switch to digital payments," it said.

Lastly, the interim report suggested the Government to consider cap on maximum allowable limit of cash in all types of large ticket size transactions.

The report stated that India currently at near bottom of a list of countries with non-cash payments transactions by non-banks per capita per annum.

It said that only 11 non-cash payments transactions by non-banks per capita per annum at 1080 pay points per million people in India exist. Singapore, in comparison had 728 such transactions with over 31,000 pay points. 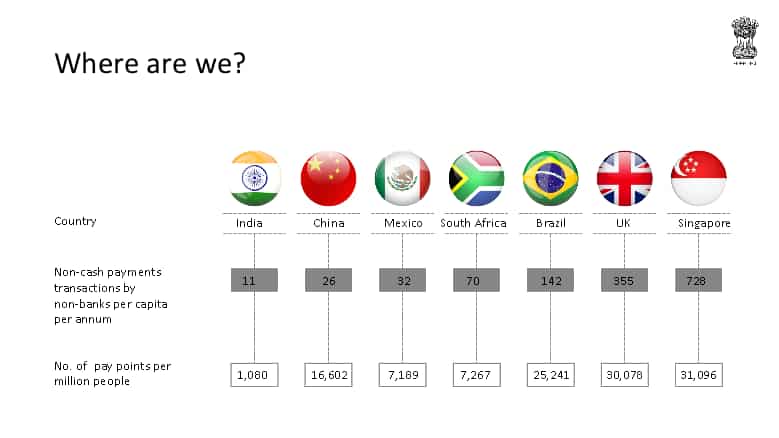 Singh said, "Post demonetisation, the adoption and accessibility of digital payments has grown many fold and such steps shall ensure that our dependency on cash reduces even further and we move swiftly towards a more transparent and prosperous economy."