Giving more firepower to the Indian Army, the Ministry of Defence will soon provide 4,960 MILAN-2T Anti-Tank Guided Missiles (ATGMs) to the forces. 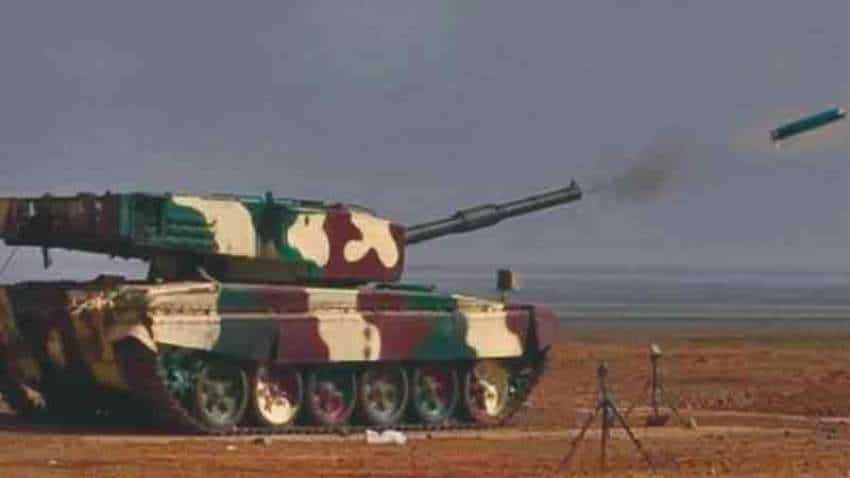 This will further boost the ‘Make in India’ initiative of the Government. It is a ‘Repeat Order’ of contract, which was signed with BDL on March 08, 2016. Source: PTI
Reported By: ZeeBiz WebTeam
Written By: ZeeBiz WebTeam
Edited By: Harish Dugh
RELATED NEWS

As per the deal, BDL will provide 4,960 MILAN-2T Anti-Tank Guided Missiles to the Indian Army.

This will further boost the ‘Make in India’ initiative of the Government. It is a ‘Repeat Order’ of contract, which was signed with BDL on March 08, 2016.

The Milan-2T is a Tandem Warhead ATGM with the range of 1,850 metres, produced by BDL under license from MBDA Missile Systems, France.

These missiles can be fired from ground as well as vehicle-based launchers and can be deployed in Anti-Tank Role for both offensive & defensive tasks. Induction of these missiles will further enhance the operational preparedness of the Armed Forces. Induction is planned to be completed in three years.

This project is a big opportunity for the defence industry to showcase its capability and will be a step in the direction of achieving the goal of ‘Atmanirbhar Bharat’ in the defence sector.