Mahindra share price slides over 5% on Tuesday; Expert says buy it now, likely to give near 26% returns

An expert has put target price of Mahindra and Mahindra shares at Rs 650, which indicates a potential of nearly 26% returns ahead if compared with current market price. 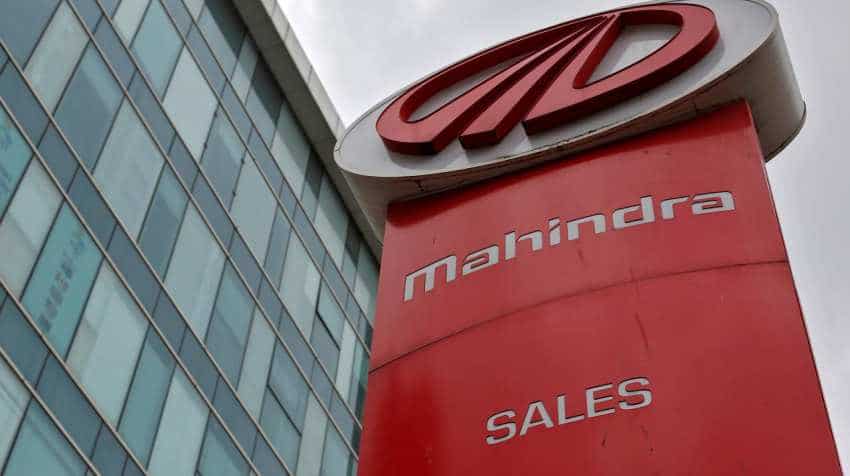 Expert says this is the right time to buy Mahindra shares, as a buy rating has been given. Photo: Reuters
Written By: ZeeBiz WebTeam
Edited By: Harish Dugh
RELATED NEWS

At the start of the trading session today in the passenger car segment saw Mahindra & Mahindra (M&M) shares coming in for some profit booking. On Tuesday, Mahindra shares were trading at Rs 517 per piece down by Rs 28.65 or 5.25% on Sensex at around 1426 hours. In fact, sentiment was so bleak, that the stock also touched an intraday low of Rs 516.20 per piece on the index. This comes after the announcement of its Q1FY20 result last week, where it had recorded a massive plunge of 53% in consolidated net profit to Rs 894 crore against Rs 1,884.66 crore witnessed in Q1FY19.

However, bad news apart, expert says this is the right time to buy Mahindra shares, as a buy rating has been given. Expert have put target price of Mahindra and Mahindra shares at Rs 650, which indicates a potential of nearly 26% returns ahead if compared with current market price.

Tractors: Expect the worst to be over now; should see some improvement from Aug’19. Company has guided for flat tractor volumes for the industry, based on 6-8% growth in the remainder of FY20.

Autos: Company has not given any outlook due to the prevailing uncertainty in the market. It expects some initiatives from the government in this area.

Overall some green shoots are visible for demand in the form of near-normal monsoons, benign commodity prices, possibility of lower interest rates at ground level and the likelihood of pre-buying happening on low base of 2H.

Inventory in both tractors and autos are under control, higher just by 1.5-2 days than normal.

Hence, Gandhi said, "MM’s UV business is facing cyclical headwinds, along with rise in competitive intensity. Further, it should face headwinds during BS6 transition for its diesel portfolio. We lower valuation multiple for its core business from 14x to 12x to factor in the risk to its UV business from BS6 transition, as well as from increasing competitive intensity. Maintain Buy." With that, Gandhi has set a target price of Rs 650.