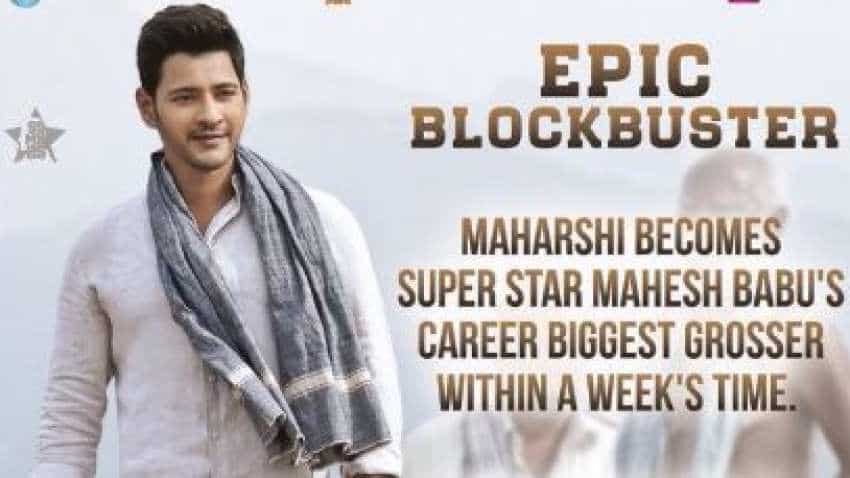 Maharshi collections: A report by Times of India said that the film raked in over Rs 200 crore in its first week.

On Friday, a report said the film has touched the Rs 295 crores gross worldwide in one week.

A report by Times of India said that the film raked in over Rs 200 crore in its first week.

Reports say that the Mahesh Babu starrer has crossed the Rs 8-crore mark in the UAE.

In Chennai, the film was all set to touch Rs 90 lakh mark on Friday.

If reports are to be believed, Maharshi is nearing the Rs 85-crore mark.

Maharshi has emerged as the highest first week grosser of Mahesh Babu.

According to a report by HansIndia, the film's share was close to Rs 59 crore in Telangana and Andhra Pradesh alone by the end of the first week. The report said that Maharshi collected Rs 4.08 crore by the end of its first week in Bengaluru.

A report said Maharshi had collected Rs 22.05 crore in Nizam till Thursday.