Against the backdrop of the protests by farmers, the inter-ministerial committee appointed by the government announced the loan waiver after a meeting with farmers' leaders yesterday. 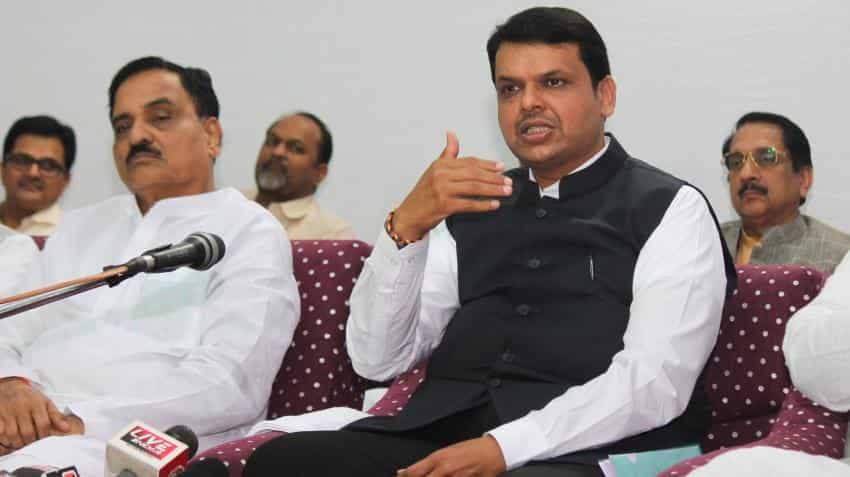 A day after agreeing in principle to waive loans of farmers with certain riders, the Maharashtra government today decided to disburse the crop credit through public sector banks in 16 districts where district central cooperative banks are in red due to financial mismanagement.

Against the backdrop of the protests by farmers, the inter-ministerial committee appointed by the government announced the loan waiver after a meeting with farmers' leaders yesterday.

The government also decided to set up a committee to decide the criteria of debt relief, after which cultivators called off their protests.

After the meeting, Revenue Minister Chandrakant Patil announced that loans of farmers with small and medium land holdings stand waived from yesterday itself.

Explaining the government's decision to disburse the crop credit through public sector banks in the 16 districts, Patil today said there are 14 district central cooperative banks in the state where either administrator is appointed or concerned bank's financial condition is too weak to provide crop loan for farmers in the current kharif season.

"After the announcement of the loan waiver for farmers on Sunday, the state administration is facing the biggest hurdle of infrastructure to provide crop loan to farmers. Hence, the government has decided to by-pass the route of DCC banks and provide credit supply through public sector banks in those districts," the minister said.

Patil is closeted with Chief Minister Devendra Fadnavis in a closed door meeting where this issue is being discussed basis the ways to make funds available for farmers.

"The district central banks for Parbhani & Hingoli and Dhule & Nandurbar are common. For remaining districts (14), each one has its own district central cooperative bank for crop loan disbursement. Hence there are 16 districts for which 14 DCBs are working but currently are unable to disburse the loan.

"As these banks are not in a condition for credit supply, the state government has decided to ask the public sector banks in those respective districts to provide credit supply to farmers," according to Patil.

"The farmers having land up to five acres are going to be considered as debt-free, hence these farmers will be eligible for fresh crop loans. To disburse the crop loan for these farmers, the state has decided to rope in the PSUs," Patil added.