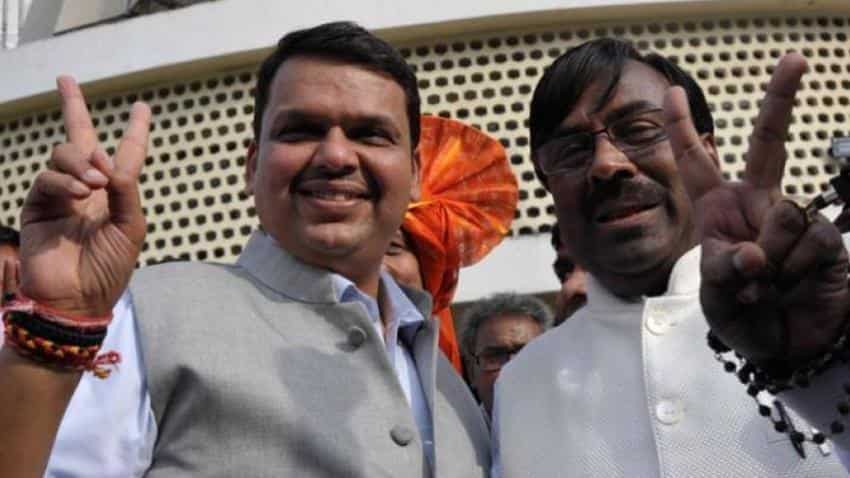 Even as it managed to increase the budget outlay for development programmes by nearly 23 per cent to Rs 95,000 crore in 2018-19, the Maharashtra government expects planning agencies to bear the financial burden of its various infrastructure projects. Finance Minister Sudhir Mungantiwar today presented the budget for 2018-19, which has an estimated revenue deficit of Rs 15,374 crore and focuses on improving infrastructure.

While he made a provision of Rs 10,828 crore for road development, the finance minister said the government was evaluating a proposal to ascertain financial participation of local bodies and authorities in such projects. Mungantiwar, presenting his fourth budget in the Legislative Assembly, said works worth Rs 10,948 crore have been undertaken by the Mumbai Rail Vikas Corporation under the Mumbai Urban Transport Project (MUTP) 3 for improving the suburban railway services. "The state's share of 50 per cent towards the project would be borne by Cidco and MMRDA (both state-run agencies)."

Under MUTP 3A, the Centre has proposed projects worth Rs 54,776 crore. "A proposal is under scrutiny to ascertain financial participation of local bodies and authorities (in such plans) and to assist them in other ways," Mungantiwar said.
The state has also made a provision of Rs 220 crore as subsidiary loan for the metro projects undertaken by the MMRDA (in Mumbai) and Maharashtra Metro Rail Corporation (MMRC) in Pune and Nagpur. Of this, Rs 130 crore has been provided for projects by MMRDA, while the rest is for MMRC.

MMRDA has proposed a metro network stretching 266 km, of which work on 163km network, estimated to cost Rs 76,421 crore, has already been undertaken. MMRC is developing 69km long metro projects in Pune and Nagpur worth Rs 20,100 crore.
Besides, Cidco is developing 11km metro network worth Rs 3,043 crore in Navi Mumbai, while the Pune Metropolitan Region Development Authority has undertaken 23.3 km metro project in the city costing Rs 8,313 crore.

The finance minister has made no allocation for these projects in the budget. Mungantiwar said the work on Chief Minister Devendra Fadnavis' ambitious high-speed Nagpur-Mumbai Highway project will commence from April.

The Rs 46,000-crore project will be implemented by the Maharashtra State Road Development Corporation (MSRDC). The minister said the MSRDC has also agreed to undertake capacity enhancement of the Mumbai-Pune Expressway at a cost of Rs 4,797 crore apart from executing the Rs 7,502 crore Versova-Bandra Sea Link project. There was no allocation by the government in the budget for these two projects as well.