After a vicious campaign trail lasting over 30 days, the stage is finally set for the Maharashtra Assembly elections amidst tight security, here on Monday. 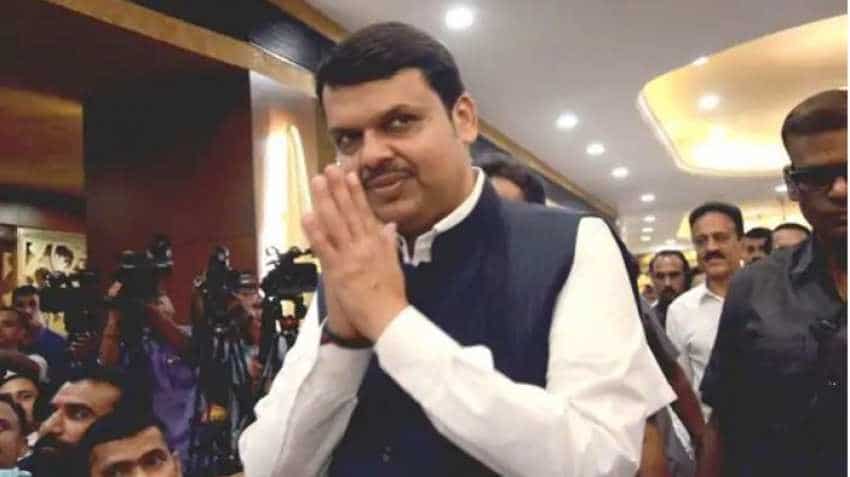 Maharashtra Assembly elections: With a staggering 3,237 candidates in the fray from among a host of different parties, the contests for the 288 seats promises to be an all-out political war, especially among a few key seats. Image source: IANS
Written By: IANS

After a vicious campaign trail lasting over 30 days, the stage is finally set for the Maharashtra Assembly elections amidst tight security, here on Monday. The ruling Bharatiya Janata Party-Shiv Sena alliance is making a determined bid to recapture power for a second consecutive term, and the opposition Congress-Nationalist Congress Party combine is leaving no stone unturned to return to power after remaining in the political wilderness for five years. With a staggering 3,237 candidates in the fray from among a host of different parties, the contests for the 288 seats promises to be an all-out political war, especially among a few key seats.

The prime among them is Chief Minister Devendra Gangadharrao Fadnavis, the 49-year old who hopes to create history by becoming the first non-Congress head of a government to return to power for the second time in a row. He is contesting from the prestigious Nagpur South-West seat, pitted against his main rival, the Congress` Ashish Deshmukh, and another 18 contenders including seven independents. BJP leaders confidently say it will be `cakewalk` for Fadnavis, both in his constituency and in bagging the state again for the BJP.

Another big-shot is Congress` former union minister and former Chief Minister, Prithviraj Daijisaheb Chavan, standing from Karad South, challenged by the BJP Atulbaba Suresh Bhosale, and 11 others including seven independents. There is Congress` former Chief Minister, Ashok Shankarrao Chavan in Bhokar, contending with the BJP`s Shrinivas alias Bapusaheb Deshmukh Gorthekar, and five others, including two independents. The Nationalist Congress Party`s strongman and former Deputy Chief Minister Ajit Anantrao Pawar is fighting a battle for survival from his family bastion of Baramati, pitted against the BJP`s Gopichand Kundlik Padalkar, and eight others, including five independents.

Another former Deputy CM is NCP`s Chhagan Chandrakant Bhujbal seeking re-election from his stronghold Yevla, with a strong rival Shiv Sena`s Sambhaji Sahebrao Pawar, plus six others including three independents. Other major contenders are Leader of Opposition in Assembly, Vijay Namdeorao Wadettiwar from the Congress and Leader of Opposition in the Council, Dhananjay Munde of the NCP. Wadettiwar is contesting Brahmapuri seat pitted against his main rival Sandeep Wamanrao Gaddamwar of Shiv Sena, renowned activist Paromita Prangopal Goswami of Aam Aadmi Party, and eight others including four independents.

Munde is challenging his cousin and BJP Minister Pankaja Gopinath Munde for the Parli seat, with 14 others including 10 independents. Two top party chiefs are also in the fray. First is BJP`s Maharashtra President Chandrakant Bachhu Patil from Kothrud, challenged by the Maharashtra Navnirman Sena`s lawyer Kishor Nana Shinde, and nine others including five independents. The Maharashtra Congress President Vijay alias Balasaheb Bhausaheb Thorat is in the fray from Sangamner against his main rival Shiv Sena`s Sahebrao Ramchandra Navale, and six others, including three Independents.

The Election Commission of India (ECI) and state election authorities have made elaborate preparations for the peaceful conduct of the elections on Monday. Of the total 3,237 candidates in the fray, there are only 236 women and the remaining 3,001 are males. In many constituencies, besides the two main alliances, there are other contenders like Prakash Ambedkar`s Vanchit Bahujan Aghadi, the MNS, Mayawati`s Bahujan Samaj Party, All India Majlis-e-Ittehadul Muslimeen, all with a potential to tilt the scales either way.

In terms of geographical area, the biggest constituency is Aheri and tiniest is Dharavi in Mumbai, but in terms of electorate, the largest is Panvel with a voter strength of 554,827 and smallest is Wardha with 277,980 voters, while Chiplun has only three contestants, Nanded South has the maximum crowd of 38 candidates.