Class 10 geography question paper surfaced on WhatsApp soon after the West Bengal board examination of the subject began, authorities claimed that it was done to mislead people. 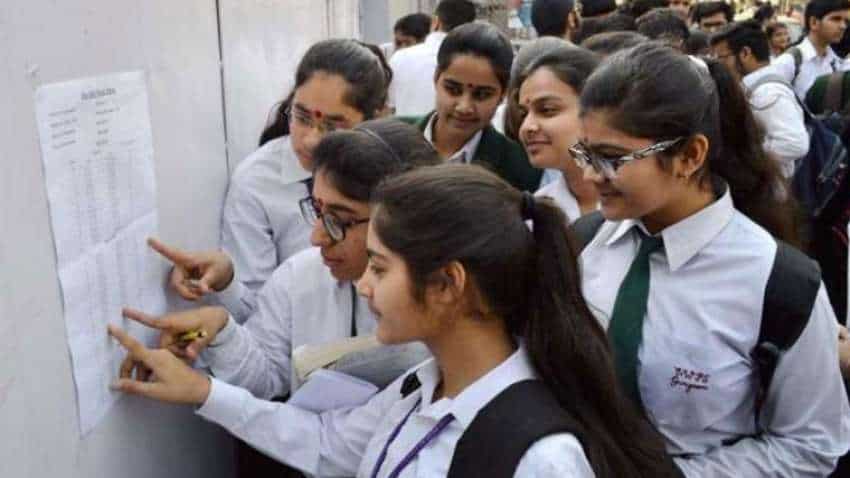 "We have checked the content of the images. The question paper is of last year with 2020 deliberately typed on it to mislead people," WBBSE official. Photo:PTI
Written By: PTI

Purported images of last year's geography question paper with 2020 typed on it surfaced on WhatsApp soon after the class 10 West Bengal board examination of the subject began on Thursday, an official said.
Authorities of West Bengal Board of Secondary Education claimed that it was done to mislead people.

The purported images of four pages of the question paper were circulated on the app, triggering confusion among students and their parents.

"We have checked the content of the images. The question paper is of last year with 2020 deliberately typed on it to mislead people," a WBBSE official told PTI.

He said there is no question of cancelling the exams."Strong administrative action is being taken to track down the conspirators and ensure that the exams are not disrupted," WBBSE President Kalyanmoy Ganguly told PTI.

On Wednesday, a student appearing for the Madhyamik examination in Baidyanathpur High School in Malda was held for allegedly making a TikTok video of the English question paper and sharing it on social media.

Similarly, purported images of the Bengali question paper started making rounds on the app soon after the first language examination of the class 10 state board begun on Tuesday.

Taking strong exception to the incidents, the WBBSE issued a notification on Wednesday, saying that if any candidate is found with electronic gadgets inside the examination hall, he will not be allowed to appear for the remaining exams.

If any teaching or non-teaching staff is seen flouting the restrictions, he or she will be debarred from entering the venue and the disciplinary committee of the board will initiate departmental proceedings, the notification said.

To prevent any malpractice during the exams, the board had recommended suspension of internet services in areas around several examination centres spread across 42 blocks of the state.

Last year, purported images of Bengali, English, history, geography and mathematics question papers were shared on social media during the exams but both the board and education minister Partha Chatterjee rubbished those, saying there was no leak.

An estimated 10,15,888 candidates are appearing for the Madhyamik examinations this year and of them, 5,76,009 are girls.While question papers were despatched to examination centres by 10.39 am, the packets were opened at 11.40 am and were distributed among students at 11.50 am.