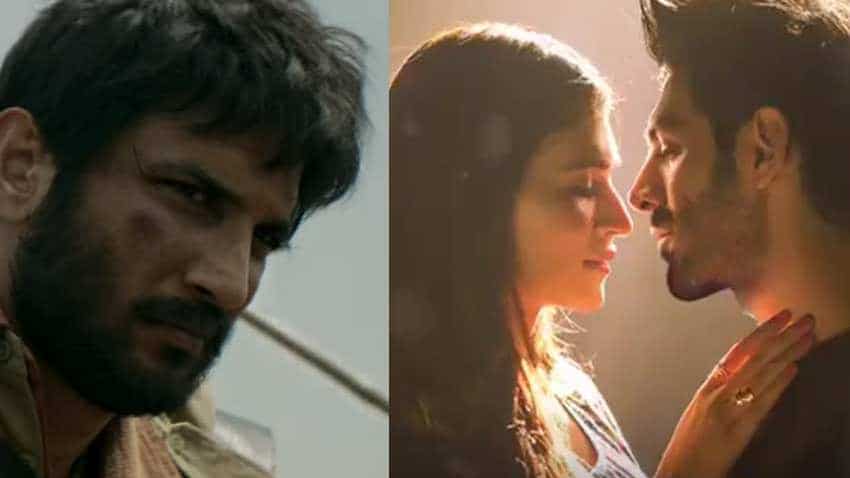 Luka Chuppi vs Sonchiriya Box Office Collection: The film's Monday collection will be strong given a partial holiday on account of Mahashivratri.
Written By: ZeeBiz WebTeam
RELATED NEWS

Luka Chuppi vs Sonchiriya Box Office Collection: Kartik Aaryan and Kriti Sanon starrer Luka Chuppi is inching towards being dubbed a 'Hit' film, leaving Sushant Singh Rajput film Sonchiriya far behind. Produced on a budget of just Rs 25 crore, Luka Chuppi has already collected over Rs 32 crore. The film has surprised trade analysts on day 1 by crossing all estimates. The film has earned Rs 8 crore on day 1 and been increasing its earnings day by day. On Saturday, it collected around Rs 10 crore and on Sunday, the movie did even better and collected Rs 14 crore.

Adarsh said that the film's Monday collection will be strong given a partial holiday on account of Mahashivratri. The film is expected to earn around Rs 10 crore on Monday as well.

Earlier, Adarsh has said that strong word of mouth is helping the film. Luka Chuppi had clashed with Sonchiriya on release. However, even after earning wide acclaim, Sonchiriya has failed to turn the praise into numbers.