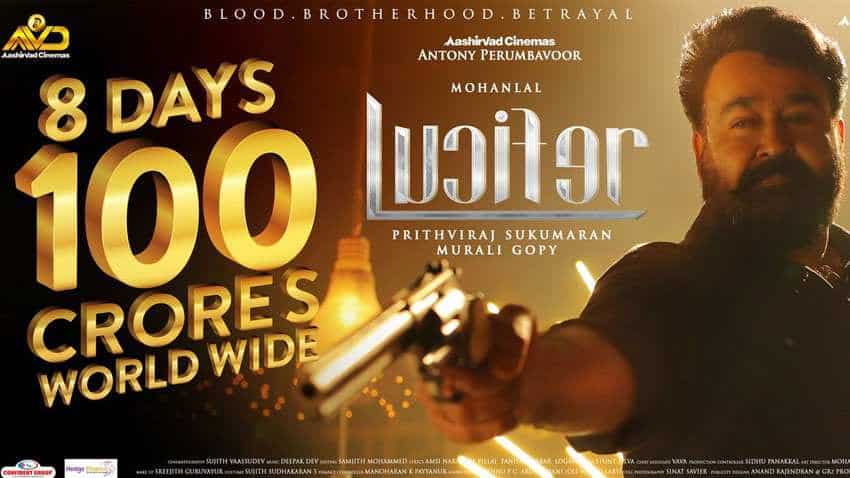 Right from its release, Superstar Mohanlal-starrer Lucifer is smashing big box office records. Now, the Mohanlal-starrer has created another big record - FASTEST Rs 100 crore! Confirming the establishment of this record, famous entertainment industry tracker and movie trade analyst Ramesh Bala tweeted, "#Fastest100crForLucifer." Bala also tweeted a poster of Lucifer. The big Rs 100 crore record by Mohanlal starrer Lucifer has been created in just 8 days. Lucifer is on a spree of shattering all the previous records established in Malayalam film industry. Earlier, blockbuster movie Lucifer had earned Rs 50 crore in its opening weekend at the box-office worldwide. With the landmark achievement, Lucifer becomes the fastest Malayalam movie to do so. Ramesh Bala tweeted had, "#Lucifer has done ₹ 50+ Cr Gross for the Opening weekend at the WW Box office..The fastest Malayalam movie to do that.."  It is clearly apparent that Mohanlal movie is being loved by film lovers worldwide. 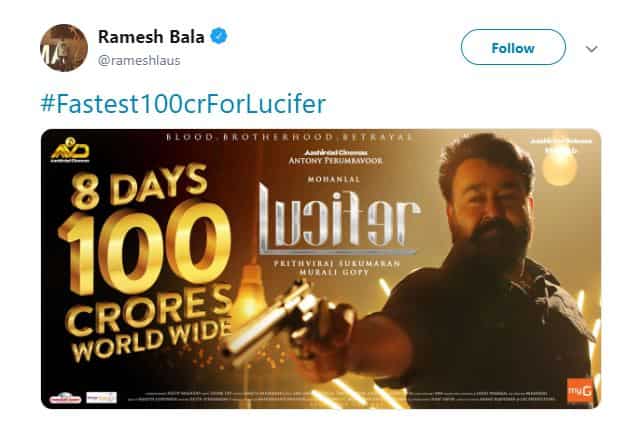 Superstar Mohanlal plays a character called Stephen Nedumpally. According to a description given in IMDb, "A political Godfather, who ruled the God's Own Country, dies and a lot of thieves dressed up as politicians took over the rule. When the question arises on the replacement of the 'God', just one name emerges; 'Stephen Nedumbally'." Lucifer's cast includes Vivek Oberoi, Manju Warrier and Tovino Thomas among others.