The Budget has revised upwards the fiscal deficit target for 2018-19 to 3.4 per cent of the GDP, from the previous target of 3.3 per cent. 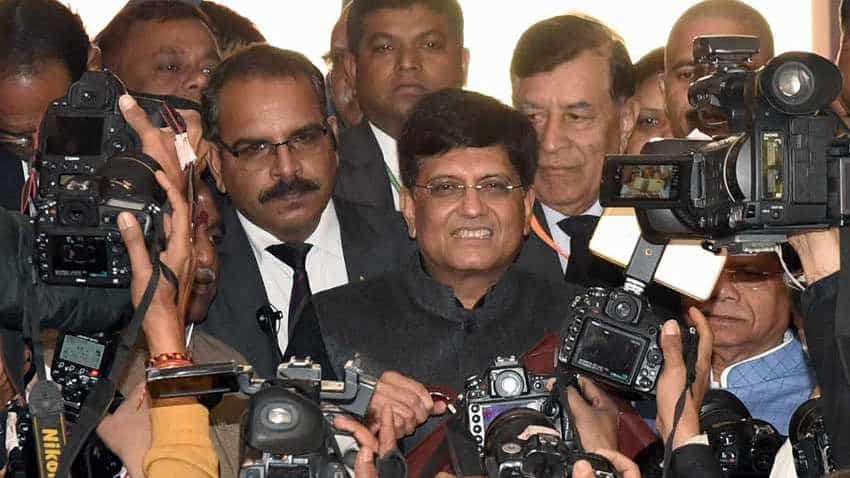 The simple math of budget financials shows that money for schemes will be difficult to find with revenue falling and total expenditure expected to go up 13.3 per cent in 2019-20.

With the interim Budget presented in an election year showering largesse across large sectors such as agriculture, housing and the informal one, the focus has naturally shifted to the wherewithal to fund the proposed populist measures.

Moreover, breaking all convention, Interim Budget 2019-20 gave a bonanza to the country`s middle class proposing various tax sops including tax exemption for individual annual incomes of Rs 5 lakh, all of which add up to taking incomes up to Rs 9.5 lakh outside the tax net.

The simple math of budget financials shows that money for schemes will be difficult to find with revenue falling and total expenditure expected to go up 13.3 per cent in 2019-20.

The Budget has revised upwards the fiscal deficit target for 2018-19 to 3.4 per cent of the GDP, from the previous target of 3.3 per cent.

The lack of buoyancy in income tax revenue is evident from the fact that both Budget Estimates (BE) and Revised Estimates (RE) for 2018-19 are exactly at the same figure of Rs 529,000 crore.

The RE for direct tax collections in the current fiscal has been pegged at Rs 12 lakh crore made up of Rs 6.71 lakh crore estimated to be collected from corporate tax and Rs 5.29 lakh crore from personal income tax.

According to the Central Board of Direct Taxes, the growth rate of direct taxes was 13.6 per cent by the end of December as against the target of 14.7 per cent.

On the divestment route to revenue, a report by domestic rating agency Care Ratings last month said the Centre is unlikely to meet its disinvestment target of Rs 80,000 crore this year. It said that with a little over two months to go for the fiscal year-end, the government had raised Rs 32,142 crore, or 43 per cent of the target by December.

Goods and Services Tax (GST) revenue, which has crossed the Rs 1 lakh crore mark only twice this year - in April and October - has remained largely subdued for the rest of the year and in the range of Rs 94,000 crore to Rs 97,000 crore per month against the annual GST collection target of Rs 13.48 lakh crore, which translates to monthly average target of Rs 1.12 lakh crore.

For the current fiscal, the Interim Budget has pegged the GST collection at Rs 6.43 lakh crore, which is lower than the targeted Rs 7.43 lakh crore.

Besides banking on tax buoyance and better tax compliance for higher revenue, the Centre in the Budget has provided for higher Gross Market Borrowing in the next fiscal at Rs 7.1 lakh crore.

Noting that the Centre is likely breach the current fiscal deficit target once again this year, a Bank of America Merrill Lynch report last week said he Centre may not opt for more borrowing to fund the deficit, which will be funded by drawing down on government balances with the RBI, which stood at around Rs 1.7 lakh crore as of March 2018.

While concerns of liquidity, coupled with declining inflation, may have prompted the industry to expect a rate cut in RBI`s Monetary Policy Committee (MPC) meeting from February 7, fears of fiscal slippage may turn out to be a spoiler, a report said last month.

"There is a high likelihood of a change in RBI stance from `calibrated tightening` to `neutral` with a possible rate cut in the next MPC meeting. Fiscal slippage, however, continues to be a risk for rate cut," a JM Financial report said.