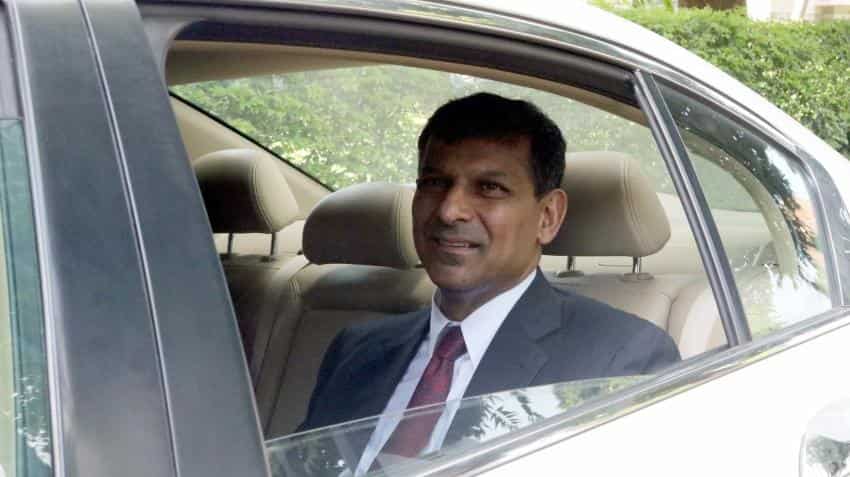 Warning against low interest rate, former RBI governor Raghuram Rajan has said such measures by central banks cannot substitute other policy instruments and broader reforms and expressed hope that his successor will finish the process of cleaning bank balance sheets.

In an interview to the New York Times published on Monday, Rajan hoped that the country will finish "the process of bank clean-up, which is under way."

RBI undertook an asset quality review of banks by issuing blanket orders to classify loans to certain accounts as non-performing assets. The provisions led to record losses by lenders and Rajan set them a deadline of March 2017 to get done with the clean-up act.

Gross non-performing assets ratio has shot up to 7.6% from 4.2% in September 2013 while the overall stressed assets are estimated to be over 14.5%, almost double the level when he took over.

Rajan, who demitted the office yesterday as RBI Governor, cautioned that low interest rates globally could distort markets and will be difficult to abandon.

Countries around the world, including the United States and Europe, have kept interest rates low as a way to encourage growth. But countries could become "trapped" by fears that when they eventually raised rates, they "would see growth slow down", he said.

Low interest rates should not be a substitute for "other instruments of policy" and "various kinds of reforms" that are needed to encourage growth, he said, adding that "often when monetary policy is really easy, it becomes the residual policy of choice, ...when deeper reforms are needed".

The statement assumes significance as central banks around the world appear to be at a loss about how to get global growth moving again.

Rajan, who predicted the 2008 global financial crisis, also rejected claims that tight policy stance followed by him was the reason behind the government not obliging him with a second term.

"I don't think it's fair to say that it's because of tight policy that the government wanted to move on," he said.

He was ably assisted by his deputy -- now his successor Urjit Patel -- in keeping a tight leash on inflation, earning criticism from the industry as well as others, including many BJP functionaries.

He said his successor played an important role in setting the country's tough inflation targets.

Defending his tight monetary policy, he said it had helped bring down the rate of inflation currently about 6% to the upper end of the government's target range.

"I think we've done exactly what was needed," Rajan said, adding that the central bank should continue to prioritise low inflation.

Rajan rocked too many boats while heading the RBI -- earning 'ad hominem' attacks and also open criticism by those wanting him to be faster with rate cuts and much slower on cleaning the balance sheets of banks.

But those showering him with bouquets were numerous too, giving him titles like 'Rockstar Rajan' and 'Bond of Mint Street', which he himself appeared to acknowledge by once remarking -- "My name is Rajan and I do what I do" -- a clear play on the introductory dialogue of the famous British spy character James Bond.

On Indian economy, he offered a less-than-ringing endorsement of the government's emphasis on manufacturing in India what the prime minister has called his Make in India campaign.

Rajan said he did not support the view of critics that it was too late in world economic history for India to become a manufacturing hub. But he also said he would not focus exclusively on manufacturing as the solution to joblessness.

If India improves infrastructure and reduces government regulations, manufacturing might take off in a big way, but it "could also be services. It could be value-added agriculture also".

Although China's economy has overshadowed India's in recent decades, Rajan said he is still a believer in democracy as the better system to create long-term growth.

"India's strengths to some extent come also from its democracy. Things can get bad in India, but not beyond a certain point, because the democratic process asserts itself. And we have a change in government," he said.