Retail demand is likely to remain robust in May due to wedding season and Akshaya Tritiya festival that will be celebrated on May 7, Ajmera said. 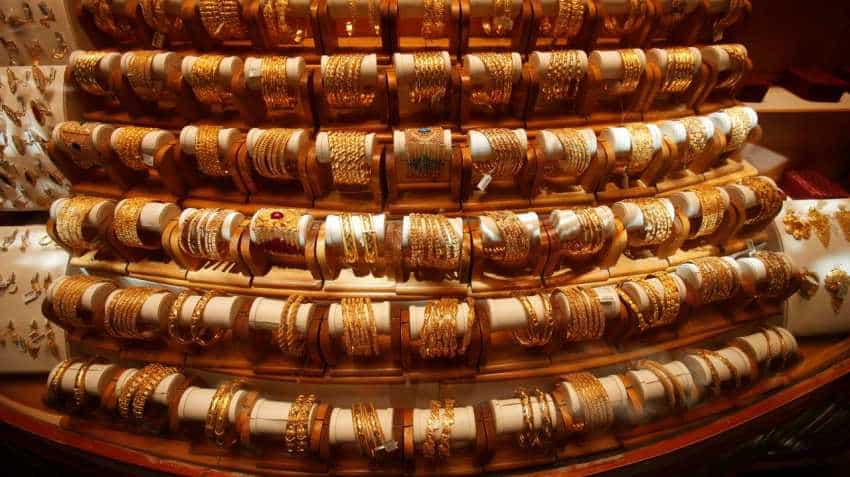 Gold demand was robust in India and Singapore this week as a correction in prices ahead of a key gold-buying festival boosted purchases even as major centres like China and Japan were closed for most of the week due to holidays. Gold demand spiked in India as a fall in prices to the lowest level in more than four months boosted retail purchases. "Jewellers are aggressively buying as retail demand has improved due to falling prices," said Harshad Ajmera, the proprietor of JJ Gold House, a wholesaler in the eastern Indian city of Kolkata. Local gold futures fell to 31,250 rupees per 10 grams on Thursday, the lowest since December 21.

Retail demand is likely to remain robust in May due to wedding season and Akshaya Tritiya festival that will be celebrated on May 7, Ajmera said. Gold is an essential part of a bride`s dowry in India and also a popular gift from family and guests at weddings. In India, dealers were charging a premium of up to $2 an ounce over official domestic prices this week, unchanged from last week. The domestic price includes a 10 percent import tax and a 3 percent sales tax. India`s gold demand is expected to rise in the June quarter from a year ago due to a higher number of auspicious days for weddings and a fall in local prices ahead of a key festival, the World Gold Council said on Thursday.

Gold smugglers in India have slowed their operations over worries their shipments will be caught up in seizures of cash, bullion, booze and drugs that are aimed at controlling vote-buying in the country`s national elections. Meanwhile, comparatively lower prices this week supported demand in other Asian centres as well, with premiums in Singapore staying around $1 an ounce, unchanged from last week.

Spot gold is down about 1.1 percent so far this week. "As the price level came down we saw an increased demand from retail, and especially wholesalers as Akshaya Tritiya is coming up. Prices are now in favour of buyers this year ahead of the festival unlike last few years," said Brian Lan, managing director at dealer GoldSilver Central in Singapore. In Hong Kong, premiums were mostly unchanged at 60 cents-$1.20 with a slight uptick in retail demand due to the fall in prices.

Premiums in Shanghai fell to around $11 early in the week from $14-$18 an ounce last week. China`s financial markets are closed from Wednesday, May 1, through Friday, May 3, for the Labour Day holiday. Due to the 10-day Golden Week holiday, banks and industries remained closed in Japan this week and bullion buying was muted, a Tokyo-based trader said.