More than 51 per cent of the people employed in India, as per 2011-12 data, were self-employed and as many as 62 per cent of wage earners are employed as casual workers, it said. 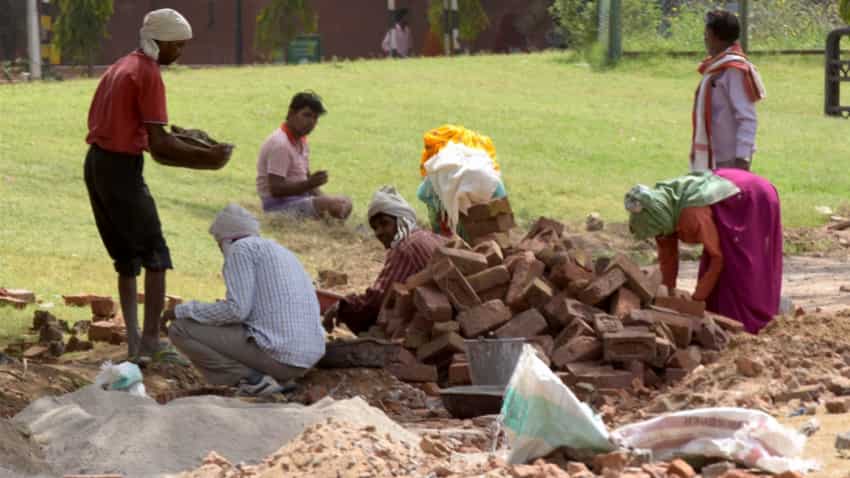 International Labour Organisation has called for stronger implementation of wage law in India amid persistent low pay and inequality, especially in case of women.

ILO's India Wage Report said that the country's economy in the past two decades has seen an annual average GDP rate of 7 per cent but low pay and inequality persist.

India's economic growth, it said, has resulted in fall in poverty, moderate change in employment patterns with a growing proportion of workers in services and industry.

However, a substantial proportion of workers (47%), continue to be employed in the agricultural sector, it said.

The economy still faces informality and segmentation, the report said.

More than 51 per cent of the people employed in India, as per 2011-12 data, were self-employed and as many as 62 per cent of wage earners are employed as casual workers, it said.

It added that while the organised sector has seen a rise in employment, many jobs in this sector too have been of casual or informal nature.

The report pointed out that though the overall wage inequality in India has declined somewhat since 2004?05, it continues to remain high.

On pay equality, it said that the gender wage gap however is still steep, as per international standards, despite having declined from 48 per cent in 1993?94 to 34 per cent in 2011?12.

The wage gap exists for all kind of workers ? regular and casual, urban and rural. The women employed as casual workers in the rural economy earn the lowest in India, which is 22 per cent of what urban regular male workers earn, it added.

Although, the average labour productivity (as measured by the GDP per worker has increased), the labour share, which is the proportion of national income that goes into labour compensation has declined from 38.5 per cent in 1981 to 35.4 per cent in 2013, it said.

India was one of the first countries to introduce minimum wages through the Minimum Wages Act in 1948.

But the report found that there exist challenges in providing a universal wage floor for all workers.

As per the study the minimum wage system in India is quite complex. The minimum wages are set by state governments for employees in selected ?scheduled' employment and this has led to 1709 different rates across the country. As the coverage is not complete these rates are applicable for an estimated of 66 % of wage workers.

A national minimum wage floor was introduced in the 1990s which has progressively increased to Rs 176 per day in 2017 but this wage floor is not legally binding, in spite of a recurrent discussion since the 1970s.

It also called for collection of statistical data on a timely and regular basis and recommended other complementary actions to comprehensively address how to achieve decent work and inclusive growth like fostering accumulation of skills to boost labour productivity and growth for sustainable enterprises, promoting equal pay for work of equal value, formalising the informal economy and strengthening social protection for workers.