The Indian Coast Guard has already deployed over 10 ships for issuing weather advisory at sea regarding the impending cyclone. 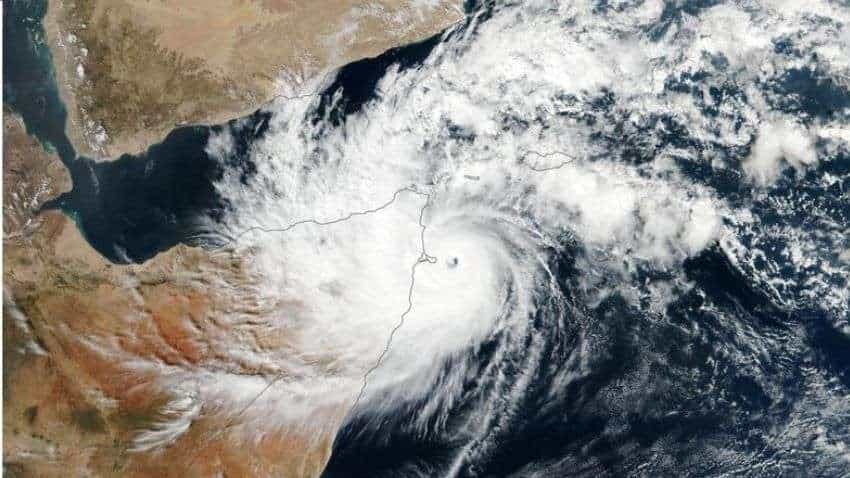 The bulletin said that most of the models are indicating that the current depression will intensify into a cyclonic storm on Friday.

The well-marked low-pressure area over southeast Bay of Bengal has intensified into a depression and is likely to take the form of a cyclonic storm in the next 24 hours and reach Odisha-Andhra Pradesh coast on December 4, the IMD has said in its bulletin on Thursday.

In view of the possible cyclone, the Odisha government has geared up its preparedness by keeping adequate men, machinery and logistics ready to meet the challenge.

Based on the IMD's suggestions the state government has ensured that all fishermen returned to the shore by Thursday evening, special relief commissioner P K Jena said.

Though the meteorological department forecast extreme rainfall activities from Friday and wind speed reaching 100 kmph when the cyclone reaches close to Odisha coast on Saturday, it is yet to give details about the possible place of the land fall and also the exact wind speed to be faced by the people.

The bulletin said that most of the models are indicating that the current depression will intensify into a cyclonic storm on Friday. However, there is some divergence among them. These indicate that the system will move west-northwestwards initially and there will be gradual changes in movement to northeast/northnorthwest till December 4 evening, it said.

The system will then re-curve north-northeastwards and some models indicate that the system will cross north Andhra Pradesh-south Odisha coast in the late night hours of December 4.

Odisha special relief commissioner (SRC) P K Jena said the state government has kept 249 teams comprising 17 of NDRF, 60 of ODRAF and 172 teams of fire service personnel ready and has deputed them to the districts for deployment. "As soon as we get detailed information they will be deployed,? he said.

The district collectors of some vulnerable districts have been asked to evacuate people from low lying areas and those living in kutcha houses as there was fear of tidal surge during the possible cyclone, Jena said.

The Indian Coast Guard has already deployed over 10 ships for issuing weather advisory at sea regarding the impending cyclone.

A total of 220 boats have been shepherded back safely to harbours. 20 Disaster Relief Teams are ready for the assistance,? the Defence PRO, Chennai tweeted.

The SRC said that if any fisherman is in the sea, he will certainly return to the shore by Friday morning.

Besides, the state government through a notification has totally prohibited fishing activities in the Bay of Bengal and Chilika lake for three days from December 3, Jena said.

Besides all coastal districts have been directed to remain alert and farmers have been asked to harvest their paddy crops.

The state government has already kept ready the multi-purpose cyclone shelters and the authorities have been asked to strictly maintain COVID-19 norms in the, Jena said.

In some coastal districts, the authorities have cancelled holidays and leaves of the government employees in view of the possible cyclone, officials said.

The East Coast Railways has cancelled 95 trains operating in its jurisdiction for three days and has also geared up its disaster management tools for the possible cyclone, an official said.

The IMD said the maximum intensity (wind speed) will be around 90 kmph gusting up to 100 kmph. Odisha coast will experience 40 to 50 kmph wind from December 3 and the intensity will increase to 70 to 80 kmph, gusting to 90 kmph on December 4.

Squally wind speed reaching 50-60 kmph and gusting to 70 kmph will be experienced over southeast and adjoining east-central Bay of Bengal from December 2 evening.

In Kolkata, West Bengal Chief Minister Mamata Banerjee held a high level meeting at state secretariat and took stock of the cyclone preparedness after heading straight there on her return from Mumbai.

The government later issued a notice asking fishermen not to venture into the sea due to the formation of a low pressure area in west-central Bay of Bengal.

"Those fishermen who have already gone to deep sea are being urged to return at the earliest," the notice said.