After free rice, free consumer durables like cycle, laptop, mixer-grinder, fans, livestock, loan waiver, free power and gold for brides, among others, it is now time for cash doles and free food in Tamil Nadu. 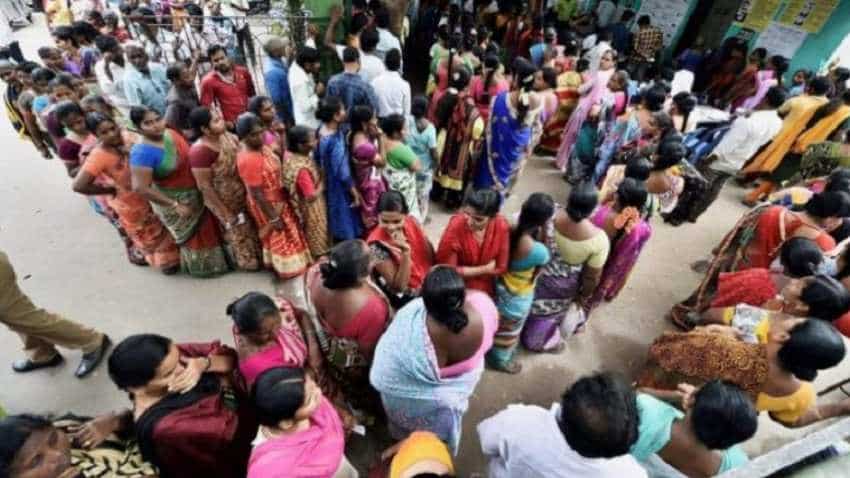 From womb-to-tomb, there is something free, it is said in Tamil Nadu. It becomes more visible particularly during the election seasons. From the `three measures` (around 4.5 kg) of rice for Re 1 scheme introduced by DMK founder C.N. Annadurai in 1967, competitive populism has been touching new heights in the state with the passage of time. After free rice, free consumer durables like cycle, laptop, mixer-grinder, fans, livestock, loan waiver, free power and gold for brides, among others, it is now time for cash doles and free food in Tamil Nadu. The two recent cash dole schemes are: Rs 1,000 and a gift hamper for almost all ration card holders as Pongul festival gift and a financial assistance of Rs 2,000 for 60 lakh below poverty line (BPL) families in the state affected by cyclone Gaja and drought. The Tamil Nadu government has also started to provide free food to registered construction workers at the subsidised Amma Canteens.

After winning the elections, Annadurai became the Chief Minister and implemented the `three measures of rice` scheme for some time in a few pockets but later scrapped it, owing to the financial burden. In the run up to the 2006 Assembly elections, the DMK announced free colour televisions, rice at Rs 2 per kg (once in power this was reduced to Re 1 a kg), two acres of land for the landless, free gas stoves and Rs 300 cash doles for the unemployed, maternity assistance of Rs 1,000 for all poor women for six months as well as free power to the weavers. After this, the freebie culture in the state gained momentum. The AIADMK, during the next elections, went several steps ahead and announced free rice, consumer durables like fans, mixer-grinder, laptops and livestock.

The state government had also been implanting other free schemes to the poor like free cycles for the students, chappals, saris and dhotis. The AIADMK government also implemented subsidised food (Amma Canteen), cement, mineral water bottle schemes and even subsidised two wheelers for women. Seeing how such schemes fetched votes in Tamil Nadu, national and regional parties in states such as Andhra Pradesh, Karnataka, Punjab and Chhattisgarh emulated the promises of cheap rice and free laptops and power.Curiously, it was also from Tamil Nadu that late lawyer S. Subramaniam Balaji crusaded against freebies such as colour TVs and cash doles by political parties. He said these were nothing short of bribes and that governments cannot create private assets out of public funds.

In 2006, Balaji filed a case against the DMK`s promise of giving free colour TVs. In 2011, he also filed a case against the AIADMK for its promise to provide free mixer-grinder, laptop, fan, cattle and more. After his complaints were dismissed by the Election Commission (EC) and the Madurai bench of the Madras High Court, Balaji`s case was finally decided by the Supreme Court in 2013. The apex court directed the EC to frame a guideline on the issue in election manifestos after consulting the recognised political parties and make it a part of the model code of conduct.

However, not all such schemes in Tamil Nadu are faulted, the prime among them being the mid-day meal scheme for school students. Way back in 1923, in the days of Madras Presidency, students in the schools run by the Madras Corporation were provided free meals in the afternoon. The major thrust to the mid-day meal scheme came under the Congress government in 1960 when K. Kamaraj was the Chief Minister. The scheme was later expanded in 1982 by Chief Minister M.G. Ramachandran of AIADMK, generating a great amount of goodwill among the poor who sent their children to school to have one good meal a day. The rub off effects were increased student enrolment in schools and the enhancement of literacy levels in the state.

Presenting the budget for 2019-20, Deputy Chief Minister and Finance Minister O. Panneerselvam said the number of out of school children has fallen drastically from 63,178 in 2011-2012 to 33,519 in 2018-2019. Welfare schemes such as distribution of school bags, footwear, notebooks, textbooks and geometry boxes free of cost to students will be continued by this government, he said. "Subsidies are of two kinds -- good and bad. The good ones do not impact other sectors while uplifting the targeted populace, while bad subsidies have a negative effect on the other sectors," K.R. Shanmugam, Director, Madras School of Economics, told IANS. Tamil Nadu`s economy is the second largest in the country and the subsidies/freebies do not account for a major share of its revenues.

Shanmugam said that consumer durables like mixer-grinders, laptops and others are one-time items per family and will not distort the economy. According to him, recurring subsidies/freebies is what the state government should look at besides increasing its non-tax revenue. Shanmugam said the state government`s debt is also at a manageable level though it may seem that it has stepped into the risk zone. "Once the Goods and Services Tax (GST) revenue collection picks up, the state government`s revenues will be in a comfortable zone. The implementation of the Seventh Pay Commission has also affected the finances, as there is an increased outgo of salaries to government employees," Shanmugam noted.