The verification of VVPAT paper slips is conducted inside a secured VVPAT counting booth in the counting hall with access to authorised personnel only. 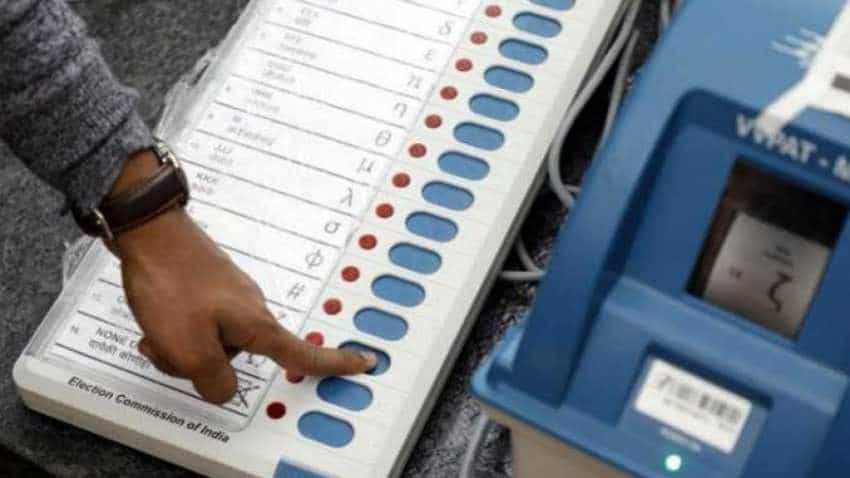 It is the first time that VVPATs will be used in a Lok Sabha election and they have become an issue of intense political debate with opposition parties keen on their use in greater numbers and also on matching the count with EVMs before the counting process begins in each constituency. In case of any discrepancy between the VVPAT count and the EVM results, the printed paper slips count is taken as final, according to PRS Legislative Research, a non-profit research organisation. The verification of VVPAT paper slips is conducted inside a secured VVPAT counting booth in the counting hall with access to authorised personnel only. Any counting table in the hall can be converted into VVPAT counting booth after completing the EVM vote counting.

The EVMs run on normal batteries and do not require electricity. An EVM can be used to record a maximum of 2,000 votes. If an EVM stops working, it is replaced with a new one and votes recorded until that time are safe in the memory of the control unit. The control unit can store the result in its memory until the data is deleted or cleared. Changing of the paper roll is strictly prohibited at polling stations.

The arrangement of names of candidates in the ballot paper is in alphabetical order, with candidates from national political parties figuring first and then from other state registered parties. EVMs are given to the polling station in two stages of randomization by the EVM tracking software produced by the commission. As per the provisions of Rule 49MA of Conduct of Elections Rules, 1961, the presiding officer can obtain a written declaration from the voter if they claim that the vote cast is incorrect. If the voter gives the written declaration referred to in sub-rule (1) of Rule 49MA, the presiding officer can permit the elector to record a test vote in the voting machine in his presence and see the paper slip is generated.

So far, paper audit trail checks were done in only one polling station per assembly segment selected randomly by a draw of lots or lottery system, though the VVPAT machines are deployed in all the polling stations. A top official said it used to take one hour when slips of one VVPAT machine were counted in one polling station per assembly segment. "Four additional VVPATs will take on an average four additional hours to count," he said. The official results would take at least four more hours to be declared.

The paper audit trail checks will take place over 20,000 polling stations spread across assembly seats of various states. The time taken will also depend on the number of voters in a polling station. A cautious approach by the EC, thin margins of leads and counting of paper trail machine slips were some of the key factors that led to the delayed poll results in Madhya Pradesh and Chhattisgarh in December last year.

With parties questioning the veracity of EVMs, the poll panel was extra cautious in its approach.