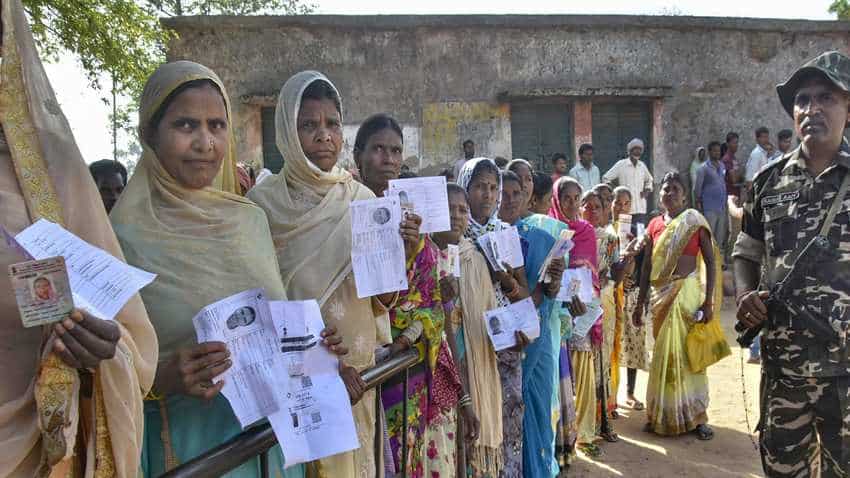 Voters show their identity cards as they stand in a queue to cast their votes at a polling station. Source - PTI.
Written By: ZeeBiz WebTeam
RELATED NEWS

As many as 72 Lok Sabha constituencies across nine states have gone to the polls on Monday in the fourth phase of the seven-phase Lok Sabha elections. The electorate will decide the political fortunes of 961 candidates in this phase. While the country is exercising its right to vote, an election commission official said something that all private sector employees would welcome. He said paid leave for all private sector employees should be provided. He said that it is a fundamental right and they should not face any restriction in exercising their franchise. "Voting is a fundamental right and voters should not face any restrictions. Earlier, EC used to issue relaxation of a couple of hours to private firms, shops and service providers so that staff can vote. Unless prior permission is sought from the Labour department, the private company, shop or service provider will have to stay closed and offer paid leave on polling day," the official revealed to PTI.

The official said that some major private countries have already been given the permission to stay open on the condition that they will allow their staff to vote. "In every district where polling is held, the Labour department has already issued necessary permissions to some major private companies to continue operations but with the condition that they allow their staff to vote," he added.

"If we receive any complaint from a voter against any enterprise not allowing him or her to vote, the establishment will face legal action," the official warned.

Earlier, during the first phase of general election held on April 11, state holiday was declared in Uttarakhand, Telangana, Andhra Pradesh (AP), Arunachal Pradesh, Meghalaya, Mizoram, Nagaland, Sikkim as well as in the union territories of Andaman and Nicobar Islands and Lakshadweep Islands. All schools, colleges, and government offices remained closed in these states.