Lok Sabha Elections 2019: The counting of votes for the seven-phase Lok Sabha elections began on Thursday morning. The counting started at 8 am amid high security across all parts of the country and initial trends will be out within a few hours. The elections for 542 seats were contested over two months. 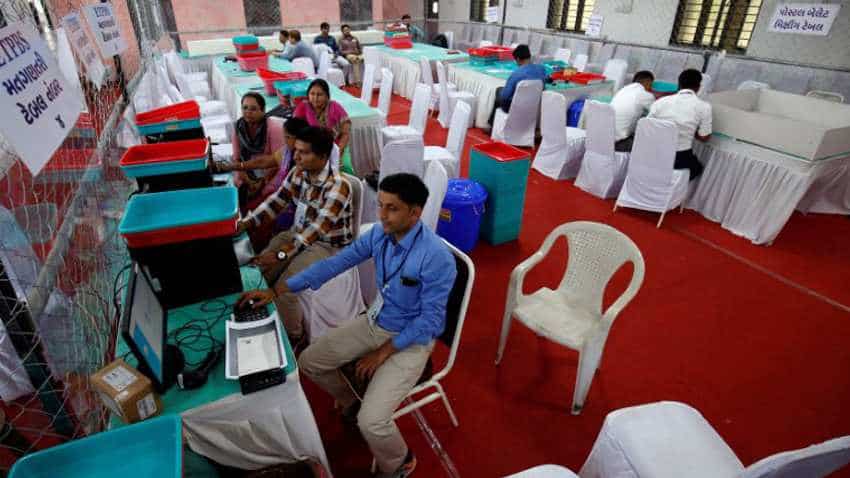 Lok Sabha Elections 2019: The counting of votes for the seven-phase Lok Sabha elections began on Thursday morning. The counting started at 8 am amid high security across all parts of the country and initial trends will be out within a few hours. The elections for 542 seats were contested over two months. The Election Commission of India (ECI), on its website, mentions that the counting of vote will be done by the Returning Officer (RO) who is an officer or a local authority nominated by the Commission for each constituency. Apart from them, the Assistant Returning Officers are also legally empowered to supervise the counting, and they take over especially if the RO has been assigned more than one constituency.

Rule 51 (Time and place for counting of votes) of The Conduct of Election Rules, 1961, says that the “returning officer shall, at least one week before the date, or the first of the dates, fixed for the poll, appoint the place or places where the counting of votes will be done and the date and time at which the counting will commence…”

Interestingly, this is the first Lok Sabha election where VVPAT slips will be verified with the EVM count in five randomly-selected polling stations of every Assembly segment. The election commission has already clarified that the counting will take longer than usual to complete due to this.

Former Chief Election Commissioner of India, Syed Nasim Ahmad Zaidi on Thursday stressed that Voter-Verified Paper Audit Trail (VVPAT) brought about qualitative improvement in the electoral process. "VVPAT is a brilliant innovation and confidence-building measure and makes EVM polling process foolproof. An EVM with VVPAT machine is a hundred per cent safe and secured system of polling. Many developed countries which were using EVM failed to introduce the system of auditability. India is the only country which had introduced 100% use of VVPAT with EVM," former CEC told ANI.

A candidate during the counting process can also ask for a re-count of VVPAT paper slips at a polling station in case he is not satisfied with the EVM result on the approval of returning officer (RO). In the 2019 general election, over 17 lakh VVPAT, 16 lakh Control Units (CU), and 22 Lakh Ballot Units were used.