The push for provident fund subscribers to link their EPF accounts with Aadhaar continue as government says the process will garner superior services. 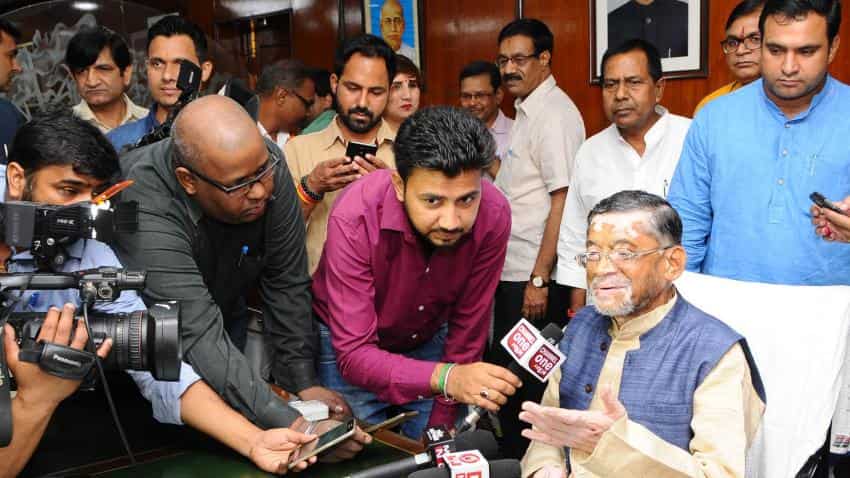 In another attempt to get subscribers to link their Aadhaar card with employee provident fund accounts, the government has come out with a ‘Diwali surprise.’

Ministry of Labour and Employment on Wednesday announced that those who link Aadhaar cards with EPF accounts will get ‘better services.’

“On the eve of Deepawali, Employees’ Provident Fund Organisation (EPFO) is pleased to introduce a new facility for its esteemed members having Universal Account Number (UAN) and other relevant details to link their respective UAN with Aadhaar online. This, in turn, would facilitate the members, a better and speedy EPFO services,” the government said.

Universal Account Number or UAN is allotted by EPFO to act as an umbrella for the multiple Member Ids allotted to an individual by different establishments.

However this is not the first attempt by the government to push people to link Aadhaar cards with UAN. To get EPF claims processed early the government had suggested linking the accounts to Aadhaar for faster settlement period.

In August the Chief Provident fund commissioner VP Joy was quoted in an interview saying that they were trying to ensure ‘transfer of money if one changes jobs, without any application, in three days.’

To do this subscribers would need to link their accounts with Aadhaar.

The supreme court is expected to hea pleas against the linkage of Aadhaar with mobile numbers and bank accounts soon.

However, interested subscribers who wish to link their UAN with Aadhaar will need to go to  EPFO’s website, under online services and e-KYC portal to link the two. “Using the facility, EPFO members can online link their respective UAN with Aadhaar. While using the facility, the member will have to provide his/her UAN. An OTP will be sent to his/her mobile linked with UAN."