The amendment to the National Defence Authorisation Act (NDAA) 2018 asks Defence Secretary Jim Mattis and Secretary of State Rex Tillerson to develop a strategy to advance defence ties with India. 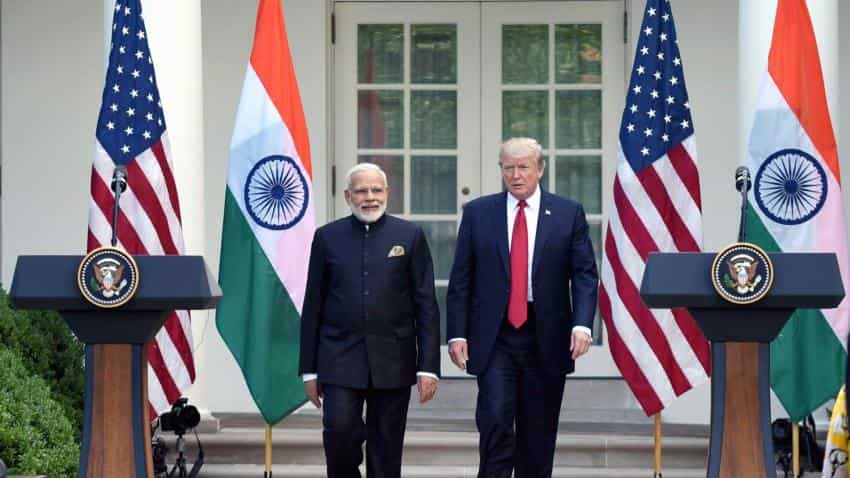 A bipartisan group of three US lawmakers has moved a legislative amendment in the Senate asking the Trump administration to develop a strategy to boost defence cooperation with India to include "common security challenges".

The amendment to the National Defence Authorisation Act (NDAA) 2018 asks Defence Secretary Jim Mattis and Secretary of State Rex Tillerson to develop a strategy to advance defence ties with India.

It says the strategy should include "common security challenges, role of US partners and allies this defence relationship and the role of path-breaking Defence Technology and Trade Initiative (DTTI)."

The amendment was moved by senators Mark Warner, Dan Sullivan and John Cornyn.

Cornyn is the current Senate Majority Whip for the Republican Party and Warner is the vice chair of the powerful Senate Select Committee on Intelligence.

They are also the co-chairs of the Senate India Caucus.

The amendment seeks development of a strategy to advance the Communications Interoperability and Security Memorandum of Agreement and the Basic Exchange and Cooperation Agreement for Geospatial Cooperation.

If passed by the Congress and signed into a law, the defence secretary and the secretary of state would have to submit a report to the Congress within six month after NDAA is signed by US president Donald Trump.

The amendment notes that NDAA-2017 recognised India as a 'Major Defence Partner' of the United States.

The major defence partner designation is unique to India, and institutionalises the progress made to facilitate defence trade and technology sharing between the US and India.

It elevates defence trade and technology cooperation between the two countries to a level "commensurate with the closest allies and partners of the United States".

According to the legislative amendment SA 490, the designation intends to facilitate license-free access to a wide range of dual-use technologies.

It also facilitates joint exercises, coordination on defence strategy and policy, military exchanges, and port calls in support of defence cooperation between them.

The amendment also asks the defence secretary, the secretary of state and the commerce secretary to produce a common definition of the term 'major defence partner' as it relates to India.