Lata Mangeshkar health update: Millions of her fans are worried sick about the state of health of India's 'nightingale' Lata Mangeshkar. News is scarce and rumours are flying. 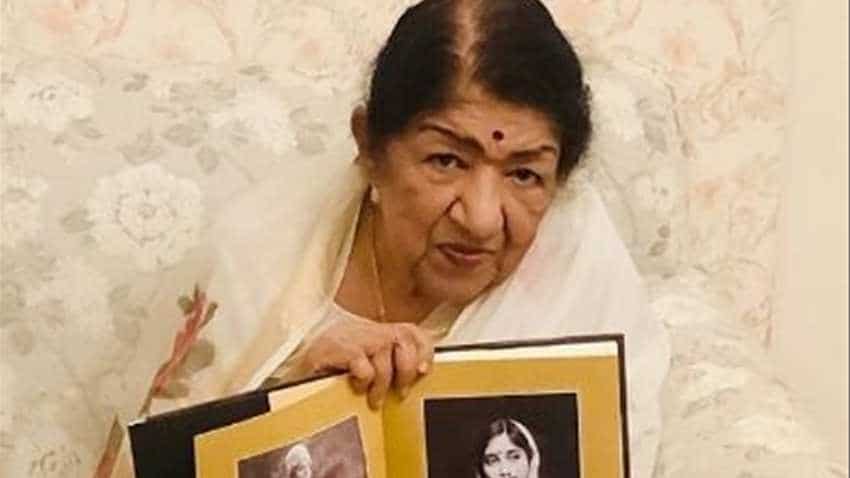 Lata Mangeshkar health update: Millions of her fans are worried sick about the state of health of India's 'nightingale' Lata Mangeshkar. News is scarce and rumours are flying. However, in a latest development, author Shobha De tweet that Lata is perfectly fine on Saturday afternoon, minutes after she had asked about singer's health through another tweet. De said that she had spoken to Lata di's family and it was confirmed that the legendary Bollywood singer is fine. "Just spoke to the family . By God’s grace, our precious nightingale is fine.@mangeshkarlata," she tweeted. This came after another tweet from De that read: "Tell me it isn’t true. Has India lost its nightingale? @mangeshkarlata."

The singer has been admitted to the intensive care unit of the Breach Candy Hospital in Mumbai. Last Monday, her health scare caused a frenzy in the world of social media. There were some reports claiming that her condition was critical and some said that she was discharged. Her family is keeping her fans and followers updated about her by releasing statements.

In a statement, her PR team said Saturday morning, "Lata didi is doing good today." Earlier on Friday, an official spokesperson for Lata told media on Friday, "Dear friends. We are as happy as you are to inform you that with all your prayers and best wishes, Lata didi is doing much better. Thank you for being there. God is great."

In a statement, her family had said that the singer is fighting the illness like a "fighter".

"Lata ji is stable. Her parameters are good. Honestly speaking, she has fought so well that she is coming out of this setback. Being a singer, her lung capacity has pulled her through. Truly a fighter. We will update everyone when Lataji gets discharged and comes home," her family said last Tuesday.

In her seven-decade long career, Mangeshkar has sung more than 30,000 songs across multiple languages. She received the Bharat Ratna, India’s highest civilian honour, in 2001.