Larsen and Toubro announced Rs 18 of special dividend ( 1.8% yield) and is at the lower end of the market expectations. 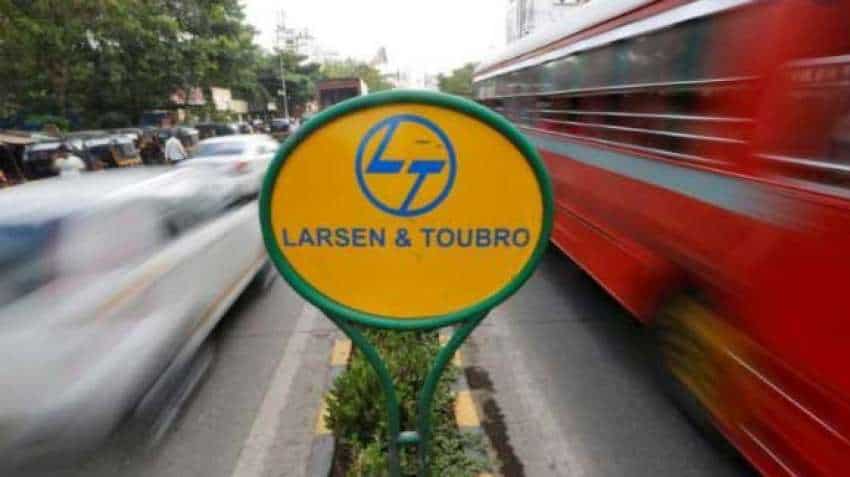 Edelweiss highlights that the revenue of Larsen and Toubro came in at Rs 31,000 cr, against expectations of Rs 33,000 cr ( 12% down YoY). EBITDA margins came at 10.7% which was in line with expectations. Net Profit came at Rs 1410 cr and was in-line with expectations but down 49% YoY. The company did not experience any material change in working capital movement and CFO was robust.
Larsen and Toubro announced Rs 18 of special dividend ( 1.8% yield) and is at the lower end of the market expectations. Given No surprise in performance and dividend, no major rerating is expected to happen in the near term. However, Larsen remains Edelweiss top pick in large cap Infra space.

2 key important announcement from the Management:

Company bagged orders worth Rs 28,039 cr during the quarter ended September 30, 2020 registering a sequential improvement of 19% QoQ, but a decline of 42% YoY, on account of deferment of award decisions largely caused by the pandemic. International orders during the quarter constituted 36% of the total Order Inflow. On a cumulative basis, the Order Inflow for the half-year ended September 30, 2020 stood at 51,613 cr registering a decline of 41% YoY. Consolidated Order Book of the Group stood at Rs 298,856 cr as at September 30, 2020, with international Order Book constituting 24% of the total Order book.

The Indian economy saw early signs of revival from the sharp economic contraction triggered by the pandemic. A few macroeconomic and industry variables viz. Manufacturing PMI, Capital Goods IIP, Goods and service tax collections, etc have recovered when compared to Q1 FY 2020-21 lows, while some other indicators such as power demand, exports and housing loan disbursements are moving close to pre-covid levels. Some important consumption indicators are also seeing signs of approaching normalcy aided by strong rural demand, though part of the services sectors such as travel and hospitality are yet to recover from the impact of the pandemic. Several fiscal and monetary incentives announced by the Government and the RBI in the form of liquidity boost and credit support are giving the much needed impetus to drive the economic recovery.

Strong emphasis by the Government on infrastructure spending augurs well for the Company and the National Infrastructure Pipeline which lays out a detailed capex roadmap till 2025 provides visibility on the domestic infrastructure outlook. Sectors such as Water, Power T&D, Metro/RRTS, Railways, Roads and Expressways are witnessing increased traction as far as bidding / tendering activity is concerned. The Atmanirbhar Bharat program of Government is also expected to incentivise domestic investments particularly in areas like defence procurement.