The seizures of Methaqualone is largest not only in India but also in the world, the Ministry confirmed. 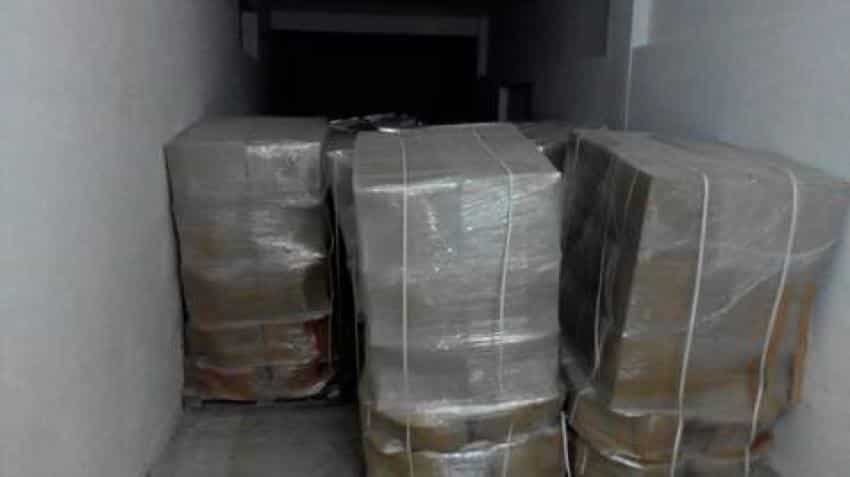 On October 28, a team of DRI had raised the premises of M/s Marudhar Drinks in Udaipur. Photo: PIB

The officers of Directorate of Revenue Intelligence (DRI), apex counter-smuggling agency of the Central Board of Excise and Customs (CBEC), on Wednesday, seized around two crore tablets of Mandrax Tablets (Methaqualone) weighing about 23.5 metric tonnes which were worth over Rs 3000 crore, Ministry of Finance said.

The seizures of Methaqualone is largest not only in India but also in the world, the Ministry confirmed.

As per the Ministry, the huge quantities of Mandrax Tablets have been concealed in a premise at Udaipur, Rajasthan by one Mumbai-based mastermind. On October 28, a team of DRI had raised the premises of M/s Marudhar Drinks in Udaipur where the tablets were recovered.

The seized tablets are banned psychotropic substance under Schedule I of NDPS Rules, 1985. It is a depressant, overdose of which can lead to coma and death. It is commonly known as Mandrax, M-pills, buttons, or smarties and is usually smoked mixed with cannabis.

"The major raw material for Mandrax is acetic anhydride which was manufactured by the syndicate at Shreenath Industries, Rajsamand. The other raw materials for Methaqualone, apart from acetic anhydride (manufactured at Shreenath Industries) are Anthranillic Acid (which was imported from Indonesia from Kandla Port by misdeclaring it as Mallic Anhydride), ortho toloudiene, phosporous trichloride, caustic soda (procured locally)", the Ministry added.

As per the data available with the Ministry, in the last five years, DRI has seized more than 540 kgs of Heroin, and 7400 kgs of ephedrine along with other narcotics and psychotropic substances under NDPS Act 1985.