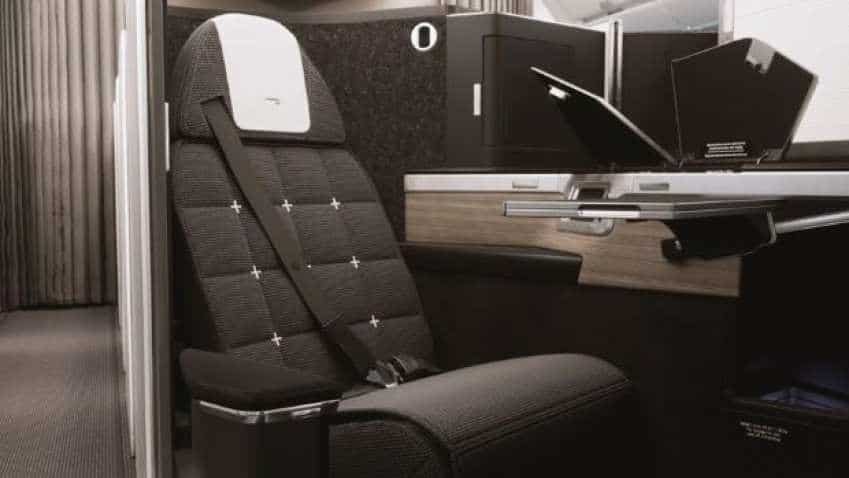 The A350 aircraft itself will have reduced noise levels, high ceilings and ambient lighting which is intended to complement the time of day and outside light. Image: British Airways Twitter video grab

British Airways has announced that its new A350 aircraft with its new business class Club Suite will fly to India later this year. Bangalore will be the first city in India, and just the fourth destination on the airlines to welcome its new A350 aircraft. The airline's sophisticated and newly-branded Club Suite offers direct-aisle access, a door for greater privacy and luxurious flat-bed seats in a 1-2-1 configuration. With 40 per cent more storage, including a vanity unit and mirror, WiFi, enviable 18.5-inch in-flight entertainment screens, high definition gate-to-gate programming, and PC / USB power; every aspect of British Airways' new cabin has been designed for today's customer.

Moran Birger, Head of Sales Asia Pacific and the Middle East at British Airways said, “We are delighted to welcome our new A350 aircraft in Bangalore, later this year, featuring our new Club Suite, which is one of the most exciting developments in our current £6.5 billion investment programme. “Each new suite has direct aisle access and comes with a personal door – design features which were incorporated as a direct result of the feedback we’ve had from our customers. “We have worked hard to ensure that every aspect of the Club World experience exudes the very British style and quality customers expect from us. We hope that as more customers have the chance to experience it, they'll enjoy travelling in it as much as we've enjoyed designing it.”

The A350 aircraft itself will have reduced noise levels, high ceilings and ambient lighting which is intended to complement the time of day and outside light. Customers will leave their flight feeling rested due to higher levels of humidity and refreshed air as the cabin pressure is equivalent to an altitude of just 6,000 feet. There are also environmental benefits to flying on the state-of-the-art A350 as 25 per cent lower fuel burn significantly reduces CO2 emissions. As well as a new 56-seat Club World cabin, the three-cabin A350 will feature the latest World Traveller Plus (Premium Economy) cabin, with 56 seats, plush new pillows and quilts, new amenity kits and enhanced service and improved dining experience.

The World Traveller (economy) cabin offers 219 seats. Customers will also benefit from high-speed WiFi, allowing travellers to browse the internet on their personal electronic devices. As part of British Airways' £6.5 billion investment for its customers, the airline has also introduced several changes in its Club World, World Traveller Plus and World Traveller cabins, by offering exceptional new restaurant-style catering from Do&Co, industry-leading Wi-Fi on board and opening of new lounges across the world. New routes are also being launched this year including Osaka, Pittsburgh and Charleston. The In-flight entertainment system size varies slightly by aircraft type and will be between 17 and 18.5 inches.