KYC - Know Your Coin | New Rs 10 coin is its 15th design, and all are legal tenders - What you should know

RBI last year, already notified saying, currently there are 14 designs in Rs 10 coin, and they all are legal tenders in the country. With this, now there will be 15 design in Rs 10 coin holding as legal tender. 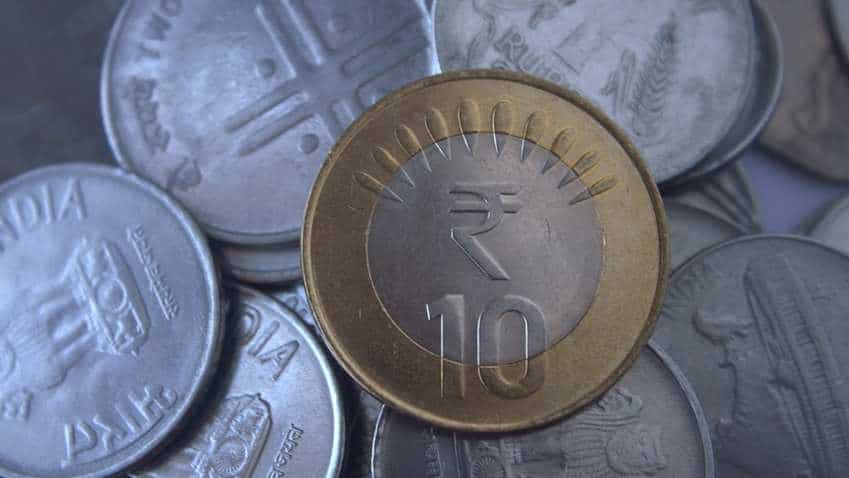 Now there will be 15 design in Rs 10 coin holding as legal tender. Photo: Pixabay
Written By: Pooja Jaiswar
RELATED NEWS

A new face is being given to Indian coins, after revamping banknotes post demonetisation drive. The Prime Minister Narendra Modi has launched new coins of Re 1, Rs 2, Rs 5 and Rs 10. Interestingly, apart from redesigning the already available coins, the government also introduced a new coin in India namely Rs 20. This would be for the first time, Indian citizens will also have a coin in the value of Rs 20. But what is noteworthy is that, the new Rs 10 coin will be the 15th design which will be circulated among Indian citizens. RBI last year, already notified saying, currently there are 14 design in Rs 10 coin, and they all are legal tenders in the country. With this, now there will be 15 design in Rs 10 coin holding as legal tender. Let’s find out their features and how they are similar to one another.

New Rs 10 coin - The upcoming coin in the front will have the Lion Capitol of Ashoka Pillar, with legend ‘Satyamev Jayate’ in Hindi written right below the pillar. While on the left, the coin will have ‘Bharat’ in Hindi and on right it will shine with ‘India’ word in English.

At the back, the coin will bear denomination value of ‘10’ in international numerals. The Rupee  symbol will be placed above the denominational value. There will be a design of grains depicting agricultural dominance of the country, meanwhile, the top right and bottom right peripheries will have word ‘das rupaye’ in Hindi and ‘Ten Rupees’ in English.

The year of minting in international numerals shall be shown on centre of left periphery of the coin.

Just like previous other Rs 10 coin, this one will have circular shape, with silver ring in middle. The shape would be off 27 milli-meters, having 100 serrations on egde. The outer ring will be in nickel brass - including 75% copper, 20% zinc and 0.5% nickel. While the centrepiece will have nickel silver including 65% of copper, 15% zinc and 20% nickel. The coin will weigh 7.74 grams.

Last year, RBI revealed that, as coins have a longer life, coins of different design and shapes circulate in the market at the same time. In case of Rs 10 coin, RBI reiterated that they have issued Rs 10 coins in 14 design in various features.

Past history of Rs 10 coin!

The first Rs 10 coin was issued in March 2009, however, it was introduced in two themes namely ‘Unity in Diversity’ and ‘Connectivity and Information Technology’ at that same time.

Later in February 11, 2010, RBI once again issued new design in Rs 10 on the occasion of ‘Homi Bhabha Birth Centenary Year’. The coin was still same, except it borne the inscription of "होमी बाबा जन्मा सताब्दी वर्ष " in Hindi at the back.

Between 2011 to 2017, new designs have been issued in Rs 10 coin with similar features but bearing various inscriptions at the back. These are - ‘60 years of Parliament of India’; ‘Silver Jubilee of Mata Vaishno Devi Shrine Board’; ‘Diamond Jubilee of Coir Board’; Centenary Commemoration of Mahatma Gandhi’s return from South Africa; International Day of Yoga; 125th anniversary of Dr B.R Ambedkar; 125th year of National Archives of India; Birth Centenary of Swami Chimayananda and latest one was 150th Birth Anniversary of Shrimad Rajchandra.

As per RBI, the previous 14 designs of Rs 10 coins are legal tender and can be exchanged. Hence, not much difference is made new Rs 10 coin.