Kushinagar Indian Railways train, bus collision Live: 13 children were killed and eight others injured when a train rammed into their school van at an unmanned railway crossing in Uttar Pradesh's Kushinagar area, around 50 km from Gorakhpur, this morning, a railway official said. PM Modi has condoled the death of the children. 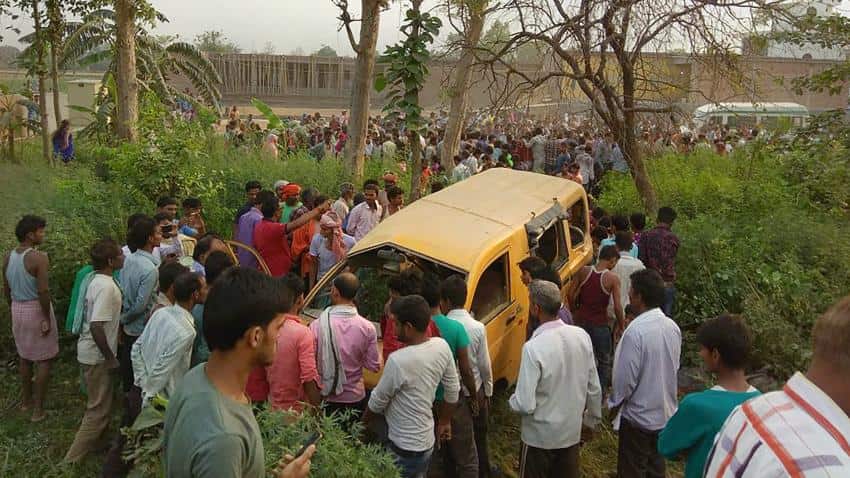 Kushinagar Indian Railways train, bus collision Live: 13 children were killed and eight others injured when a train rammed into their school van at an unmanned railway crossing in Uttar Pradesh's Kushinagar area, around 50 km from Gorakhpur, this morning, a railway official said. The children, students of Divine Public School, were killed on the spot when the Thawe-Kapatanganj passenger train crashed into the van at the unmanned crossing gate at Behpurva, said Railways spokesman Ved Prakash. "I am extremely saddened on hearing about the death of school students in a collision between a school van and a train in Uttar Pradesh's Kushinagar. The UP government and the Railway Department will take appropriate action," Prime Minister Narendra Modi said today.

The train was on way to Gorakhpur from Siwan. There were at least 25 passengers, including children who were below the age of 10, in the van, the official said. "It was an unmanned level crossing gate at Behpurva, with Gate Mitra (rail volunteer) deployed there. He tried to stop the van but the unfortunate incident happened at unmanned gate 45 near Dudhi station in Banaras division," the spokesperson said in New Delhi. An accident relief medical train from Gorakhpur has been dispatched to the site, he said. 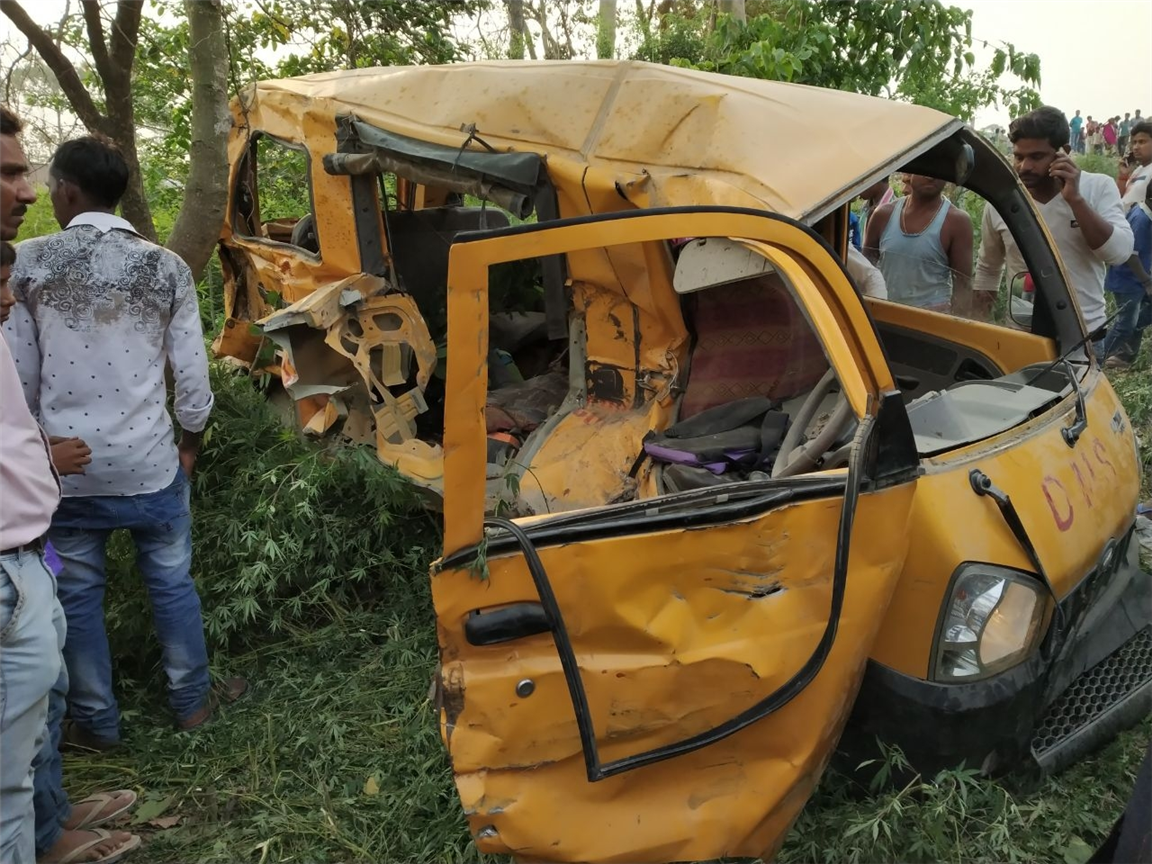 Expressing condolence, Chief Minister Yogi Adityanath announced an ex-gratia of Rs 2 lakh for the families of the victims and directed the Gorakhpur commissioner to conduct an inquiry into the accident, according to Principal Secretary (Information) Awanish Awasthi. He said the chief minister was rushing to the accident site for an on-the-spot assessment.

Railway Minister Piyush Goyal announced a compensation of Rs 2 lakh each for the kin of the deceased.

"I received the unfortunate news of the death of school children. I have asked senior officials to conduct a probe into the incident. Railways will give a compensation of Rs 2 lakh to the kin of the dead over and above the aid announced by the Uttar Pradesh government," he said in a tweet.

The train was on its way to Gorakhpur from Siwan.Chief Minister Yogi Adityanath`s office instructed district authorities to undertake rescue and relief operations immediately.An accident relief medical train from Gorakhpur was dispatched to the site, the NE official said. Several senior officials have also rushed to the accident site. An inquiry has been ordered.

The President of India took to Twitter to ondole the death of the children. He tweeted, "Shocked to learn about the horrific accident involving a bus carrying innocent schoolchildren in Kushinagar, Uttar Pradesh. Thoughts and prayers with the bereaved families and with those injured #PresidentKovind."

In his reaction Congres' Ashok Gehlot tweeted, "Deeply pained to know about the death of innocent children in a tragic road accident at an unmanned crossing in #UttarPradesh's #Kushinagar. My heartfelt condolences to their parents. May God give them strength in this most difficult hour... May the injured students recover soon."

In another accident, that happened earlier in April, some 25 children died after their school bus ferrying fell into a gorge in Himachal Pradesh, near village Gurchal on the Nurpur-Chamba highway. This is some 100 km from the district headquarters at Dharamsala.

In his reaction to the train tragedy, Railway Board Chairman Ashwani Lohani said, "We are trying to eliminate unmanned level crossings."