Kulbhushan Jadhav case in Pakistan: The International Court of Justice (ICJ) at the Hague, Netherlands will deliver its judgement on Wednesday evening in the case of Indian national Kulbhushan Jadhav, who has been sentenced to death by a military court in Pakistan. 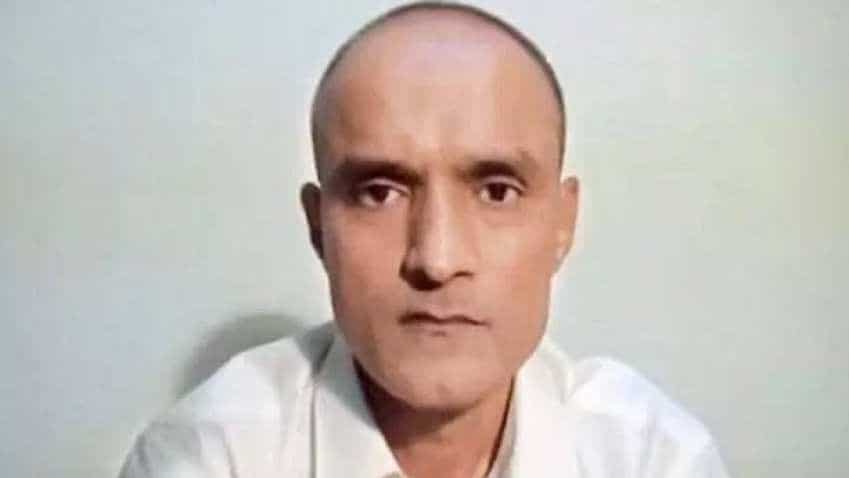 Kulbhushan Jadhav, a former Indian Navy officer, was kidnapped by Pakistani agencies on March 3, 2016, from Iran where he was in connection with his business.
Written By: ZeeBiz WebTeam
Edited By: Harish Dugh
RELATED NEWS

Kulbhushan Jadhav case at ICJ: Many similarities with Sarabjit Singh issue in Pakistan

Kulbhushan Jadhav case in Pakistan: The International Court of Justice (ICJ) at the Hague, Netherlands will deliver its judgement on Wednesday evening in the case of Indian national Kulbhushan Jadhav, who has been sentenced to death by a military court in Pakistan on charges of spying, a claim rubbished by India. The development on the case will be keenly watched for its implications on India-Pakistan relations.

Here is blow by blow account of Kulbhushan Jadhav case in Pakistan:

1. Kulbhushan Jadhav, a former Indian Navy officer, was kidnapped by Pakistani agencies on March 3, 2016, from Iran where he was in connection with his business.

2. Pakistan, however, claimed that Jadhav was 'arrested' in its restive province of Balochistan and labeled him a 'spy'. Pakistan informed India about it through a press release on March 25, 2016, 22 days after he was picked up.

3. India, as per the international diplomatic norms, immediately sought consular access to Kulbhushan Jadhav on the same day and several times thereafter but it was not granted.

4. Kulbhushan Jadhav, who hails from Powai area of Mumbai and is 49-year-old now, was put to trial in a military court, instead of a civil court, and a death sentence was pronounced against him on April 10, 2017 following an opaque trial.

5. After repeated appeals to Pakistan to release him failed, India moved the Hague-based International Court of Justice (ICJ) on May 8, 2017, accusing it of 'egregious violations of the Vienna Convention on Consular Relations' in the matter.

6. Rubbishing Pakistan's claim that Jadhav was a 'spy', India contended before the world court that it was not informed of his detention until long after his arrest and that Pakistan also failed to inform the accused of his rights.

7. It further told the ICJ, the principal judicial organ of the United Nations, that Pakistan, in violation of the Vienna Convention, denied India its right of consular access to Jadhav despite its repeated requests.

8. India told the ICJ that it learned about the death sentence against Jadhav from a press release.

9. In its petition to the ICJ, India sought immediate suspension of the death sentence awarded to Jadhav and his release, while asserting that it was a 'brazen defiance' of the international law and provisions of the Vienna Convention which guarantee certain civil and political rights to a prisoner.

10. India sought direction to the Pakistan government to annul the decision of the military court, failing which the ICJ should declare the sentence "illegal", being violative of the international law and treaty rights.

11. It asked the world court to restrain Pakistan from acting in violation of the Vienna Convention and international law by giving effect to the sentence or the conviction in any manner.

13. On May 18, 2017, the ICJ asked Pakistan to 'take all measures at its disposal' to ensure that Jadhav is not executed, pending its final judgment in the case.

14. In its order indicating provisional measures, which was adopted unanimously, the ICJ also stated that the Pakistan government shall inform it of all measures taken in implementation of that order.

15. Later in December that year, Pakistan allowed Jadhav's mother and wife to meet him in a Pakistani jail, an event which India said 'lacked any credibility'.

16. India said the overall atmosphere of the meeting was 'intimidating' as Jadhav's mother and wife were not allowed to speak to him in their mother tongue Marathi and that they were forced to change their clothes. The wife`s shoes were not returned.

17. India has maintained that Jadhav was tortured in the Pakistani jail and an alleged 'confession' was extracted from him through coercion.

18. Senior advocate Harish Salve, representing India during a public hearing in the case in the ICJ, said Pakistan had no clinching evidence against Jadhav.

Kulbhushan Jadhav case at ICJ: Many similarities with Sarabjit Singh issue in Pakistan