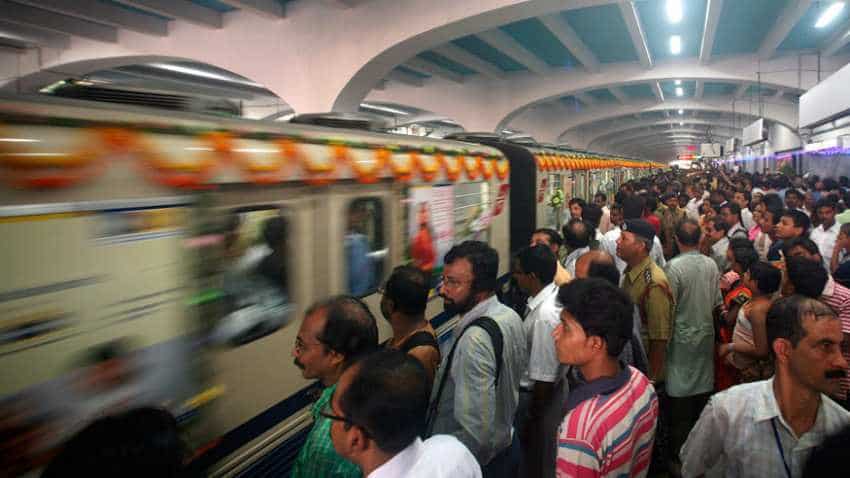 Here is FULL LIST of who should be ready to pay what according to kilometres they travel. Image from Reuters.
Written By: Prashant Singh
Edited By: Harish Dugh
RELATED NEWS

- Presently commuters have to shell out Rs 5 for the first five kilometers.

- Now the same fare would be charged for the first two kilometres.

- For the next three kilometres the fare would be Rs 10, Metro sources said.

- Between five and ten kilometres, the fare has been fixed at Rs 15.

- In the next stage, the fare would be Rs 20 between ten and 20 kilometers.

- At present, the same maximum fare of Rs 25 has to be paid for distances above 25 kilometers.

When these new fares will come into effect?

The enhanced fare would come into effect from December 5.

Kolkata Metro is the oldest rapid transit system in the country. The railway system runs both airconditioned and non-AC rakes in the north-south axis of the city. It covers a distance of over 27 km from Noapara to Kavi Shubhash stations.