Kolkata Bridge Collapse: In the wake of the collapse of the arterial Majerhat bridge in southern Kolkata, Vistara airlines has issued an advisory for flyers. Passengers have been advised to allot more time for their journey to the airport. 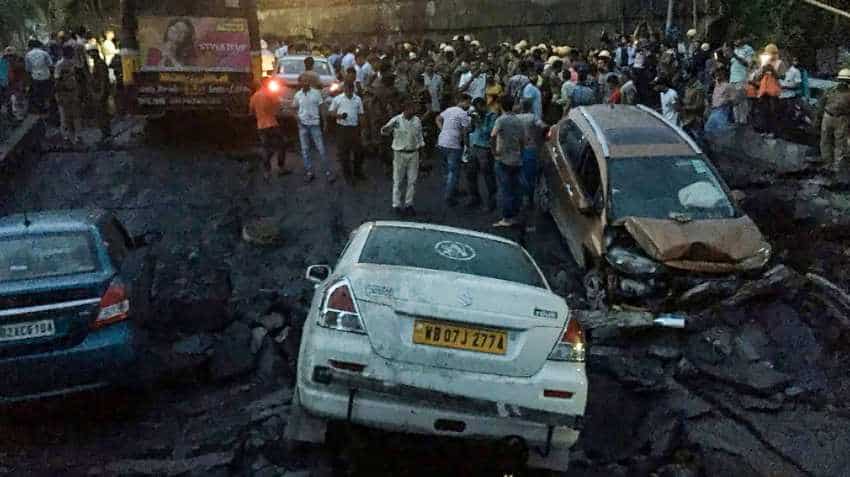 Kolkata Bridge Collapse: In the wake of the collapse of the arterial Majerhat bridge in southern Kolkata, Vistara airline has issued an advisory for flyers. Image: PTI
Written By: ZeeBiz WebTeam
RELATED NEWS

At least, one person is feared dead in the collapse, while several people were trapped and many vehicles crushed, according to police. PTI quoted state minister Chandrima Bhattacharya as saying that she has heard about the death of five persons in the incident but it was yet to be confirmed. Another minister Firhad Hakim said six persons were taken to hospital.

Majerhat bridge is one of the oldest bridges in Kolkata.

The tragic collapse of Majerhat Bridge has severely affected transport services connecting the vast areas in the south-western part of the city and South 24 Parganas district.  A Kolkata Traffic Police officer told the news agency that traffic movement through Diamond Harbour Road in Taratala area has been suspended following the incident. Traffic from various parts of South 24 Parganas and Behala area in the city were being diverted from Diamond Park area, the officer added.

Movement of traffic towards south-west Kolkata and South 24 Parganas were being diverted from Kidderpore and through Port area and Circular Garden Reach Road, he said.

Indian Railways train services in Circular Railway and Sealdah-Budge Budge line have been suspended as precautionary measure following the collapse of a portion of the bridge at 4.45 pm, Eastern Railway spokesman R N Mahapatra said, adding, train movement through Majherhat had been suspended temporarily as a precautionary measure. Train services on Budge BudgeSealdah line may be restored after ensuring the safety in train running, he said.