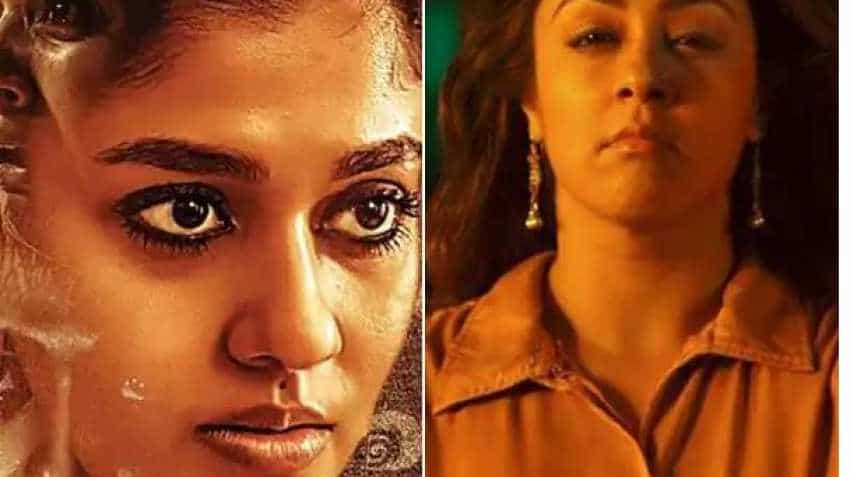 Kolaiyuthir Kaalam vs Jackpot box office collection: As both Nayanthara and Jyotika have a huge fanbase in the Tamil film industry, it will be interesting to see which flick outperforms the other at the box office. Photo: Reuters
Written By: ZeeBiz WebTeam
Edited By: Harish Dugh
RELATED NEWS

Kolaiyuthir Kaalam vs Jackpot box office collection: After witnessing good performance by Chiyaan Vikram starrer Kadaram Kondan and Amala Paul starrer Aadai in the month of July, the Tamil film industry is poised for big releases in August. It includes two big movies - Jackpot and Kolaiyuthir Kaalam which are expected to attract Tamil film fans at the box office window in droves. However, there is a twist in the story as both films are going to clash with one another as their release dates are August 1 and August 2. Kolaiyuthir Kaalam will release on August 1 while Jackpot will hit theatres on August 2.

These two biggies have big names to their credit as well. Kolaiyuthir Kaalam's star cast includes Tamil super star Nayanthara while Jackpot is most awaited flick of Tamil actress Jyotika. Both actresses are eagerly waiting for the release of their flick and their fans have got a chance to find out which actress will do better at the box office.

Nayanthara's Kolaiyuthir Kaalam is directed by Chakri Toleti and stars like Prathap Pothan, Bhoomika Chawla and Rohini Hattangadi have a key role to portray in the Tamil flick releasing on August 1. Corey Geryak has done the cinematography work while Rameshwar Bhagat has donned the editing hat. Nayanthara's thriller had to face multiple delays as the flick was earlier scheduled to release in January, which got pushed to June and then due to some legal hassles, its release date was then postponed to August 1.

On the other hand, Jyotika's Jackpot is directed by Kalyaan of Gulaebaghavalli and Kaathadi fame and also stars Rajendran and Yogi Babu in key roles. The film is produced by Jyotika's husband Suriya under his home banner 2D Entertainment. As both actresses have a huge fanbase in the Tamil film industry, it will be interesting to see which flick outperforms other at the box office.