Barcelona manager Ronald Koeman is thrilled to see strikers Lionel Messi and Pedri team up to stunning effect as Barca overcame an early setback to win 3-2 against Athletic Bilbao on Wednesday. 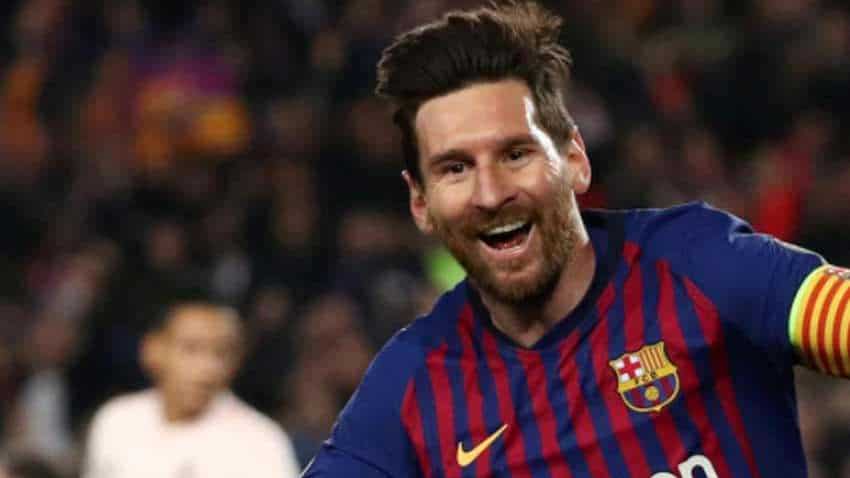 Barcelona manager Ronald Koeman is thrilled to see strikers Lionel Messi and Pedri team up to stunning effect as Barca overcame an early setback to win 3-2 against Athletic Bilbao on Wednesday.

Inaki Williams` early strike gave a 1-0 lead to Bilbao until Pedri equalised in the 14th minute of the game. Pedri scored through a header off Frenkie de Jong`s cutback cross. Messi then gave a one-goal lead as he netted the ball in the 38th minute.

Just after the one hour mark, Messi scored again to give his side a two-goal cushion. Inner Muniain reduced the deficit to one goal as he found a net in the concluding minutes of the second half.

"Pedri is showing despite his youth that he is very mature. Messi has always shown his desire but today also with goals. It is very important," Goal.com quoted Koeman as saying after the match. "The final result is a bit short because we have been superior in many phases. They made it 1-0 and we did not have the defensive coordination, but then we controlled [the game]," he added.

Koeman is elated with the win and said the side deserved the result and they are on right track."I am happy with the result and with how we have achieved it. We have deserved it. Winning because of our game and our opportunities. The teamwork has been phenomenal. We will fight until the last match. There is the distance [to go], but we are on the right track."Barca is at third spot with 31 points and will next take on Granada in the LaLiga on Saturday.