In India, 23rd December is celebrated as 'Kisan Diwas' as on this day former Indian Prime Minister Chaudhary Charan Singh was born. 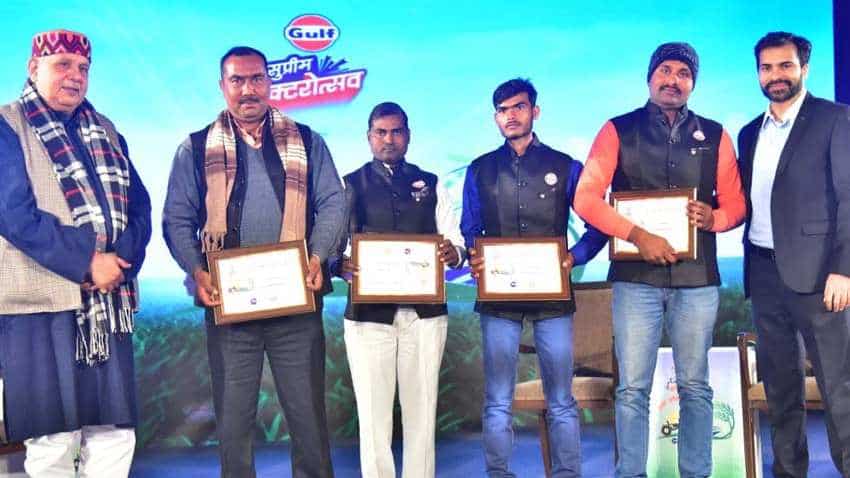 Zee Media, in association with Gulf Oil, has created a unique platform - ZEE Media UP Krishi Manch to bring together all stakeholders in the agriculture value chain.
Written By: ZeeBiz WebTeam
Edited By: Manas Tiwari
RELATED NEWS

Chaudhary Charan Singh was the 5th Indian Prime Minister who took over from Morarji Desai after the fall of the Janata Government. Singh was born on 23rd December 1902 in a farmer's family in the Hapur district of Western Uttar Pradesh. He served as Indian Prime Minister from 28th July 1979 to 14th January 1980. Though his tenure as Prime Minister was short-lied, during this short period as Indian PM, Singh tried hard for the welfare of the Indian farmers. He introduced several schemes that were aimed to the upliftment of the farmers' social status.

On the occasion of Kisan Diwas, several programs are organised across India. These occasions have huge importance for the farmer's community as it provides a platform for the Indian farmers to put forth their demands and aspirations from the State and Central Government. Agricultural scientists on this occasion showcase their latest findings during the year that can help farmers enhance their agricultural output. Therefore, this day is considered an important occasion for the farmers in India.

Zee Media, in association with Gulf Oil, has created a unique platform - ZEE Media UP Krishi Manch to bring together all stakeholders in the agriculture value chain to discuss and chart the way forward for this all-important sector of the economy. We have starting the initiative with Uttar Pradesh, a primarily agrarian state, with the launch of UP Krishi Manch in Lucknow.

Speaking at the event, Uttar Pradesh agriculture minister Surya Pratap Shahi said that the government is consistenly educating farmers about the best farming practices and technologies. He said that government also plans to host agriculture fair at district level.

"The challenge is that several farmers have not been given proper training. In Rajasthan, technologies like deep irrigation have been adopted by the farmers. As the state witnesses less rainfall, it has helped the farmers there. We have also started a new program for the farmers in UP which we will believe will help them," he said.