Actor and film producer Russell Crowe hit back at a disparaging Twitter post about the 2003 period war drama `Master and Commander: The Far Side of the World. 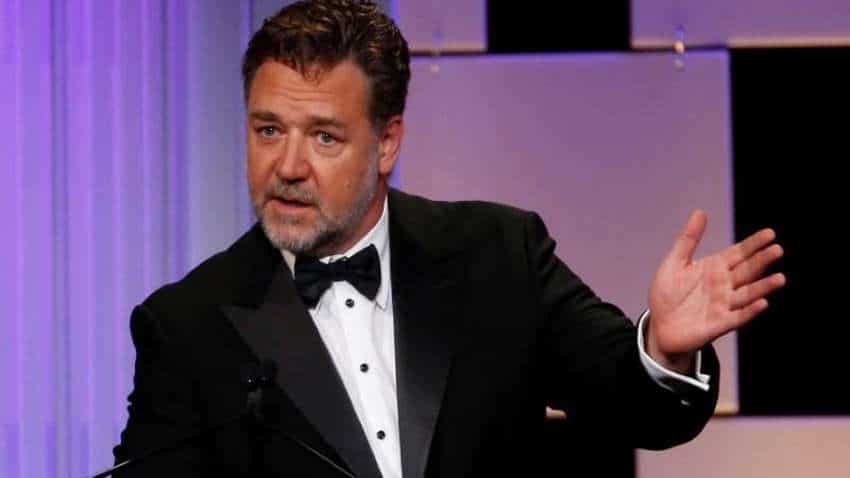 Actor and film producer Russell Crowe hit back at a disparaging Twitter post about the 2003 period war drama `Master and Commander: The Far Side of the World. Reuters Photo
Written By: ANI

Actor and film producer Russell Crowe hit back at a disparaging Twitter post about the 2003 period war drama `Master and Commander: The Far Side of the World.

Fox News reported that the 56-year-old actor was mocked by a user who shared a photo from the 2003 Oscar-winning film and wrote a sarcastic caption.

"Lots of folk complaining about lack of sleep during the Pandemic," the Twitter user wrote. "May I recommend Master And Commander starring the usually captivating, attention-grabbing Russell Crowe," he wrote.

"I`ve never made it past the ten-minute mark. You`re welcome. And thanks Russell."As reported by Fox News, several days later, Crowe, who has starred in other Oscar-winning films such as `Gladiator,` `A Beautiful Mind` and `The Insider,` responded to the remark by defending the movie and highlighting the people behind it.

The star began his clap-back, "That`s the problem with kids these days. No focus." "Peter Weirs film is brilliant. An exacting, detail-oriented, epic tale of fidelity to Empire & service, regardless of the cost. Incredible cinematography by Russell Boyd & a majestic soundtrack. Definitely an adults movie.

"Crowe highlighted the film`s co-writer and director, Peter Weir, whose nomination for best director made up one of the 10 Academy Awards the film was nominated for. Boyd, meanwhile, took home one of the two awards the movie actually won, for best cinematography. Richard King won the other Oscar for best sound editing. As per Fox News, `Master and Commander: The Far Side of the World` was based on three novels by Patrick O`Brian that made up the Aubrey-Maturin series.

The film tells the story of Crowe`s Jack Aubrey, a British naval captain in the Napoleonic Wars. When his ship is nearly destroyed by a French privateer vessel, Aubrey launches a daring pursuit in an attempt to prevent the more heavily armoured ship from plundering a British whaling fleet near the Galapagos Islands.

Crowe was one of the few faces in Hollywood to appear in movie theatres in 2020 amid the coronavirus pandemic by way of his latest thriller, `Unhinged.`