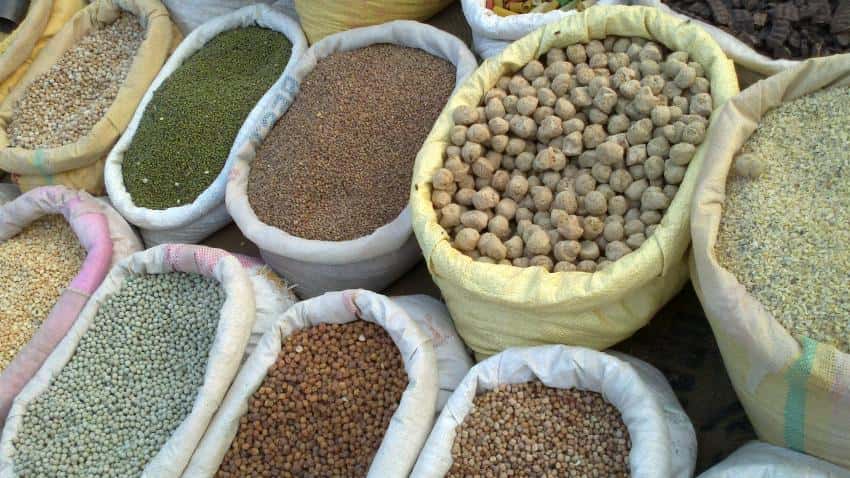 The first advanced estimates for 2016-17 showed that the production of these foodgrains this year is up by 11.02 MT. Image Source: Wikipedia
Written By: ZeeBiz WebTeam

A record high production of 135.03 million tonnes (MT) of Kharif food grains has been estimated by the Ministry of Agriculture on Thursday.

The first advanced estimates for 2016-17 showed that the production of these foodgrains this year is up by 11.02 MT.

Estimated production of rice is the highest among all other foodgrains at 93.88 MT, followed by coarse cereals which is estimated to be at 32.45 MT.

The report stated that rice production is higher by 1.1 MT this year than previous record production of 92.78 million tonnes achieved during 2011-12.

In an earlier report by Zee Business, we stated that the total area sown with Kharif crops still stands behind the area sown in the previous years.

However, the report by the Ministry stated that as a result of favourable monsoon rainfall, area and yield of most of the Kharif crops is expected to be higher.