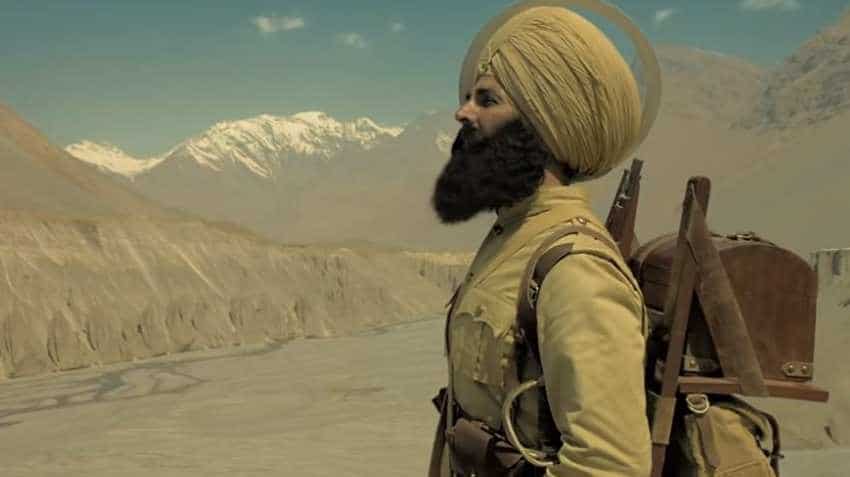 Kesari box office collection day 9: The film has caught the imagination of the audience. It has witnessed a lot of footfall across the country. Image source: Screen grab from trailer

Kesari has earned Rs 110 crore in India collection. The film revolves around the Battle of Saragarhi in 1897. It portrays the valour of Sikh Soldiers, who had fought an unequal battle against the Afgan tribes. Only 21 soldiers had fought against thousands of Afgan tribes.

The film is full of patriotism, nationalism, and collective emotion of the countrymen. The film has caught the imagination of the audience. It has witnessed a lot of footfall across the country. The film collected over Rs 21 crore on its opening day, even as it was released in the latter half of the day.

Other two films released recently - GullyBoy and TotalDhamaal - earned Rs 100.30 crore and Rs 94.55 crore in India business respectively, according to the latest reports. The amount may go up when the Friday figures are available.