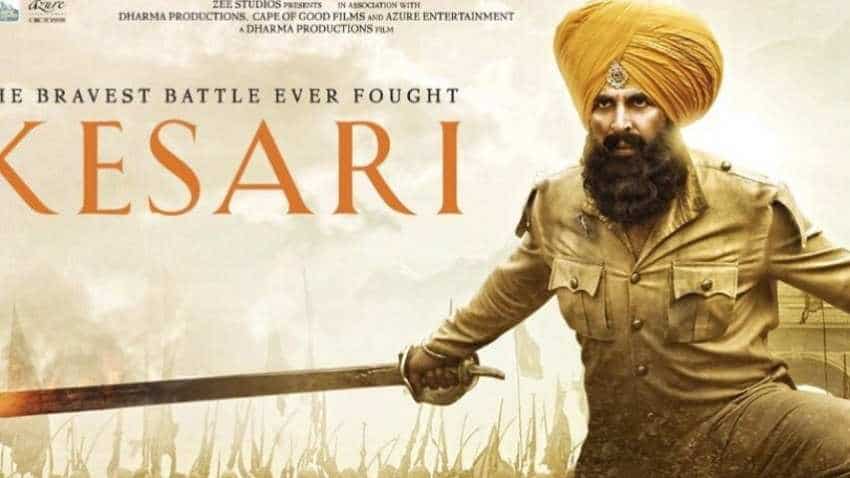 Kesari box office collection: Akshay Kumar and Parineeti Chopra starrer, Kesari witnessed a robust opening weekend collection. Directed by Anurag Singh, Kesari is a war based drama movie. The film is already doing great business and has raked in Rs Rs 86.50 crore so far. The film, however, witnessed a drop in collection on Monday, which was expected in weekdays. The film had the highest opening of this year as it crossed the level of Rs 50 crore mark in the first 3 days. The film was released on Holi on March 21.

The film bagged Rs 8.25 crore on Monday on its fifth day. Though it witnesses a 50 per cent drop on the first week day which was expected by film analysts. Taran Adarsh, Movie critic and Biz analyst, tweeted that the film should have collected double figures on Monday. North circuits are dominating the movie business, while Tuesday to Thursday will be crucial.

Kesari's plot is based on the historical icon Havildar Ishar Singh (played by Akshay Kumar), who led the 36th Sikh Regiment of the British Indian Army in the Battle Of Saragarhi, that was fought 122 years ago in 1897. The film presents the interesting story of 21 Sikh soldiers who bravely fought against 10,000 Afghan troops.

However, the movie has been liked by the audience and has received wonderful response so far. It is going to be interesting if Kesari will able to maintain Akshay Kumar's legacy of patriotic movies in last few years.