Most of the flights scheduled to/from Kochi airport have been shifted to Thiruvananthapuram and Kozhikode. 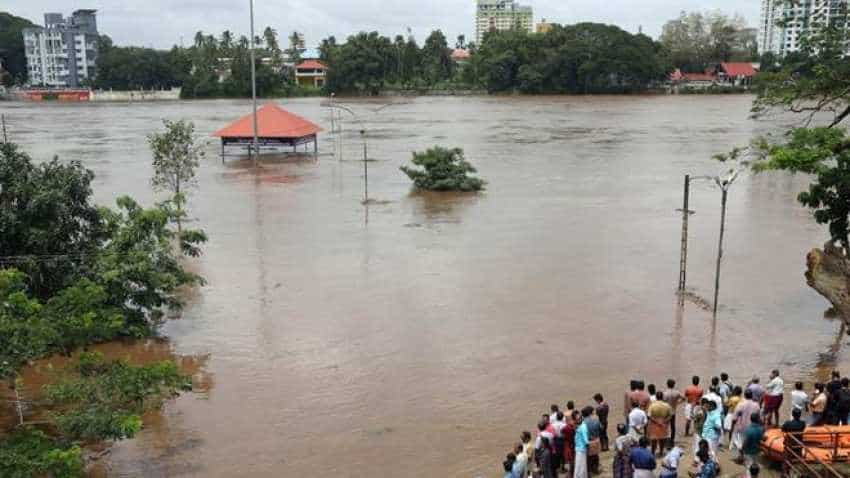 Kerala is reeling under one of the worst floods in its history, Image source: Reuters
Written By: ZeeBiz WebTeam
RELATED NEWS

Kerala is reeling under one of the worst floods in its history. The Kochi airport is submerged and all flight operations have been suspended till August 26.  Due to the closure of the airport and cancellation of flights, the airfare on Delhi to Kerala route had surged three to four times following which Centre had to intervene to cap fare at maximum Rs 10,000.

Most of the flights scheduled to/from Kochi airport have been shifted to Thiruvananthapuram and Kozhikode.

However, Air India has been trying to find a way to operate flights to and from Kochi. Now it has been announced that Alliance Air, a subsidiary of Air India, will operate a number of 70-seater flights from Kochi's naval airbase on Monday i.e August 20. Alliance Air will use ATR-type aircraft for the operations. ATRs are usually smaller aircraft that can land even using shorter runway.

Below are the list and timing of the flight: 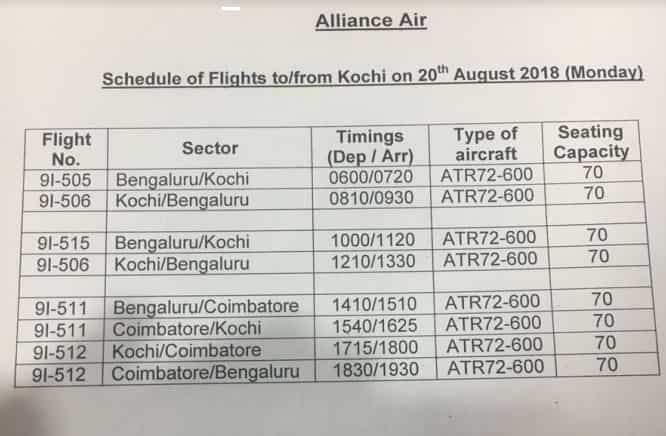 The relief and rescue work in the flood-hit Kerala is on full swing. NDRF, Indian Air Force and Navy are working round the clock to carry out rescue and relief work. The death toll has crossed over 300 and around four lakh people are in over 3,000 relief camps.