INX Media case probe has been going on for quite a while, but action was taken only today after raids were launched against Karti Chidambaram earlier. He will be brought to Delhi later in the day. The arrest has happened at a time when Karti's father P Chidambaram had gone to London to deliver a lecture. 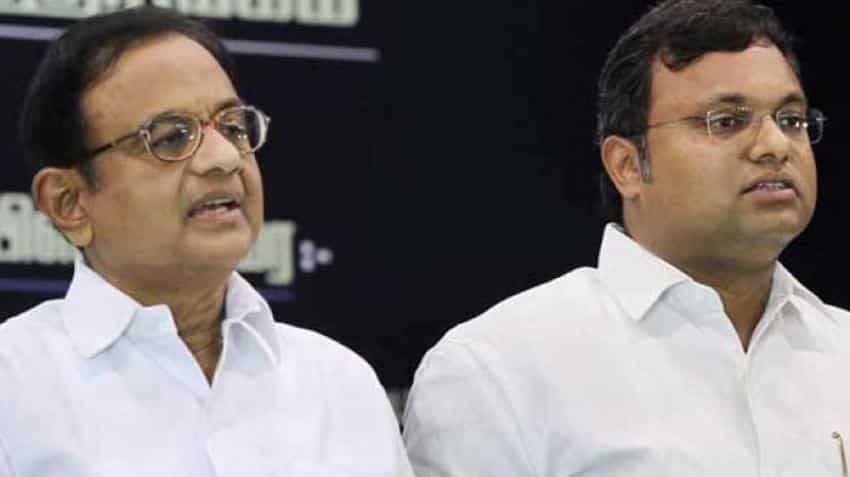 INX media case details and developments over the years: Former finance minister in the UPA regime under former PM Manmohan Singh, P Chidambaram's son Karti Chidambaram was arrested in dramatic manner at Chennai airport at 8 am on his return from the United Kingdom by the Central Bureau of Investigation (CBI) following a lengthy probe in the INX Media case. While the case probe has been going on for quite a while, action was taken only today after raids were launched against Karti Chidambaram earlier. He will be brought to Delhi later in the day. The arrest has happened at a time when Karti's father P Chidambaram had gone to London to deliver a lecture. Chidambaram himself will be returning to Delhi later in the day, say sources. In his first reaction, BJP leader Subramanian Swamy said,  "It was expected, and there are still many other cases to come. In the INX case, in connection to which he has been arrested, Indrani Mukherjee has given a confessional statement. In all the investigations, he has been lying. He has employed all the tricks that money launderers usually do." Here in brief is the INX Media case details:

P Chidambaram approached the Supreme Court seeking protection of his fundamental rights and right to privacy, amid summons to Karti by the CBI and the ED.

The Madras High Court allowed Karti to travel abroad. The order came despite strong objections raised by the CBI.

Karti's CA Bhaskaraman was arrested from a five-star hotel in Delhi on February 16.

ED issued fresh summons to Karti. He was told to depose before the investigating officer (IO) of the INX Media case on February 15.

The Supreme Court sent back the matter to the Madras HC and asked it to decide on the matter.

A 'Look Out Circular' (LOC) was issued by the Bureau of Immigration. The Madras High Court stayed the LOC against Karti Chidambaram stating that the issuance of the circular the day after issuing a summons to him was unwarranted. The petition stated that the Centre had been pursuing a politically motivated vendetta against the petitioner's family.

The CBI had registered an FIR against Karti Chidambaram on charges of criminal conspiracy, cheating, accepting gratification by corrupt or illegal means, influencing public servants and criminal misconduct.

Karti Chidambaram was asked to appear before the ED with documents relating to the Aircel-Maxis scam. The ED had found that $2 lakh had been paid off to Chess Management Services Private Limited, a firm belonging to Karti.

The ED was probing against companies linked to Karti abroad and has already sought information on the financial transactions. The probe in question relates to firms namely West Bridge and Advantage Sequoia and allegations are that shares had been procured at throwaway prices. The ED had conducted a series of raids in this regard.

The Enforcement Directorate summoned two directors of a company owned by Karti.

Karti stands accused of allegedly receiving Rs 3.5 crore from the Mumbai-based INX media, which is now called 9X Media. This was in return for helping it get Foreign Investment Promotion Board (FIPB) clearance. INX media was then run by Peter and Indrani Mukerjea. Also, at that time, Karti's father was a Cabinet minister in the UPA regime under former PM Manmohan Singh.