Prime Minister Narendra Modi on Saturday thanked his Pakistani counterpart Imran Khan for respecting the sentiments of India and flagged off the pilgrimage to Darbar Sahib in Pakistan after inaugurating the Kartarpur Corridor. 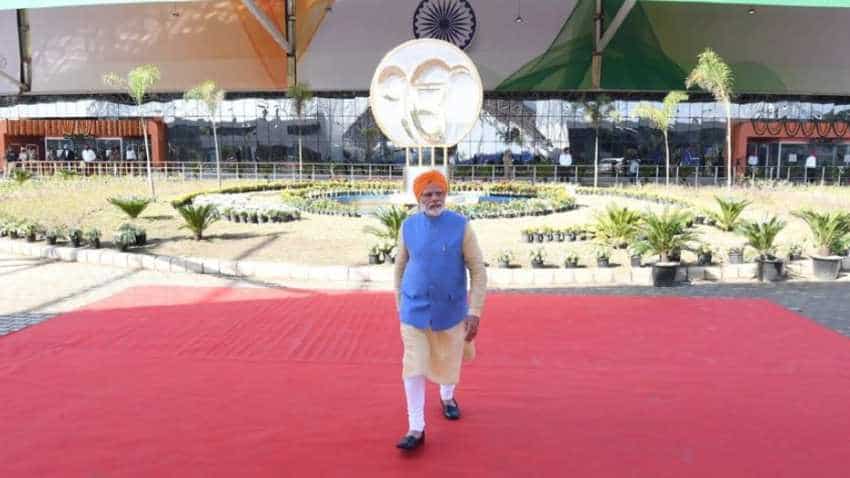 Prime Minister Narendra Modi on Saturday thanked his Pakistani counterpart Imran Khan for respecting the sentiments of India and flagged off the pilgrimage to Darbar Sahib in Pakistan after inaugurating the Kartarpur Corridor. In the first-of its-kind occasion in seven decades, Modi sent the first lot of 500 pilgrims to visit Darbar Sahib, also called Kartarpur Sahib, the last resting place of first Sikh Guru Nanak Dev, in Narowal district in Pakistan's Punjab province.

"Visit to Gurdwara Darbar Sahib will become easy now," Modi said at the Kartarpur Corridor inauguration event before opening the state-of-the-art Integrated Check Post for the corridor that connects Dera Baba Nanak shrine here in Punjab's Gurdaspur district with the historic Kartarpur Sahib Gurdwara across the border in Pakistan.

The event is ahead of the 550th birth anniversary of first Sikh master Guru Nanak Dev that falls on November 12. "I thank all who have been associated with the construction of the corridor," he said, adding he also thanked "Imran Khan for understanding Indian sentiments, respecting and working in the way to the construction of the Kartarpur Corridor within timeframe".

Donning saffron turban, Modi, in his half an hour address at the function organised by the Shiromani Gurdwara Parbandhak Committee (SGPC), said the corridor and the Integrated Check Post would serve thousands of devotees daily. "Guru Nanak's teachings are being translated into various languages so that the next generation can also be enriched from them. We must vow to imbibe the preachings of Guru Nanak, which are still relevant," Modi said.

"Every Sikh Guru, starting from Guru Nanak to Guru Gobind Singh have made efforts for the unity, defence and security of India. It is this tradition which has been carried forward by the Sikhs in the independence struggle and thereafter in protecting the country," the prime minister said. Also expressing gratitude to Unesco for helping in spreading the message of Guru Nanak, Modi said after abrogation of Article 370, the Sikh families in Jammu and Kashmir could also exercise rights like other Sikhs across the country to visit Kartarpur sahib.

Modi also released a special coin and postal stamps on the occasion. Before flagging off the first batch of pilgrims, comprising former Prime Minister Manmohan Singh and Chief Minister Amarinder Singh, Modi and other leaders partook at a 'langar