Karnataka`s JD-S-Congress government would waive farm loans amounting to Rs 10,000 crore, including interest, taken by farmers across the state, said an official on Monday. 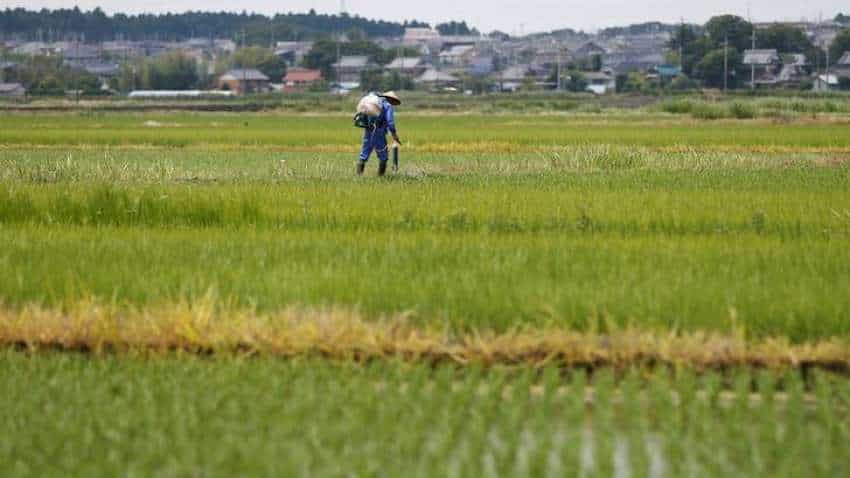 Karnataka`s JD-S-Congress government would waive farm loans amounting to Rs 10,000 crore, including interest, taken by farmers across the state, said an official on Monday. "The loans borrowed by the farmers from district cooperative banks and state cooperatives will be waived along with interest on them, costing the exchequer about Rs 10,000 crore," a Chief Minister`s Office functionary told IANS here.

The decision on the loan waiver was taken at a meeting chaired by Chief Minister H.D. Kumaraswamy and attended by Co-operation Minister Bandeppa Khashempur, Agriculture Minister N.H. Shivashankara Reddy and officials of various departments. "The Chief Minister (who holds the Finance Department) will announce the modalities of the waiver on July 5 when he presents the budget for 2018-19," said the official.

The proposed write-off will be in addition to a similar waiver the previous Congress government declared on June 21, 2017 for over 22 lakh farmers who borrowed crop loans up to Rs 50,000 each from the cooperative banks.

The previous waiver had cost the state exchequer Rs 8,165 crore.

"The loan waiver is aimed at providing relief to lakhs of farmers and their families who have been reeling under debt and crop failure due to droughts across the state over the last couple of years," said the official quoting Kumaraswamy`s remarks at the meeting in the state secretariat.

Allaying fears of officials and heads of the cooperative banks on the longevity of the coalition government, the Chief Minister said what the state would do for the people, especially farmers, was more important than how long it lasted.

"It is not how many days or months our government survives but what it does during its rule to the people, including farmers and the poor. All stakeholders, especially officials, leaders of the coalition partners, ministers and legislators should work for the state`s development than worry about the government`s fate," said Kumaraswamy.

Defending his decision to present a full-fledged state budget than a supplementary one as suggested by former Chief Minister Siddaramaiah, the Chief Minister said as about 100 new legislators were elected in the May 12 Assembly poll, they could serve a privilege notice against him in the Assembly for implementing the budget of the previous Congress government, as the manifestos and promises made by both the coalition parties were different.

"I don`t want a privilege notice or motion against me from the new MLAs in all the parties, including the JD-S, Congress and BJP," said Kumaraswamy.