Karnataka’s revenue targets will be met by end of the fiscal: V Yashavantha

V Yashavantha, Excise Commissioner, Karnataka, talks about the revenue target of the state and liquor price hike among others during a candid chat with Zee Business. 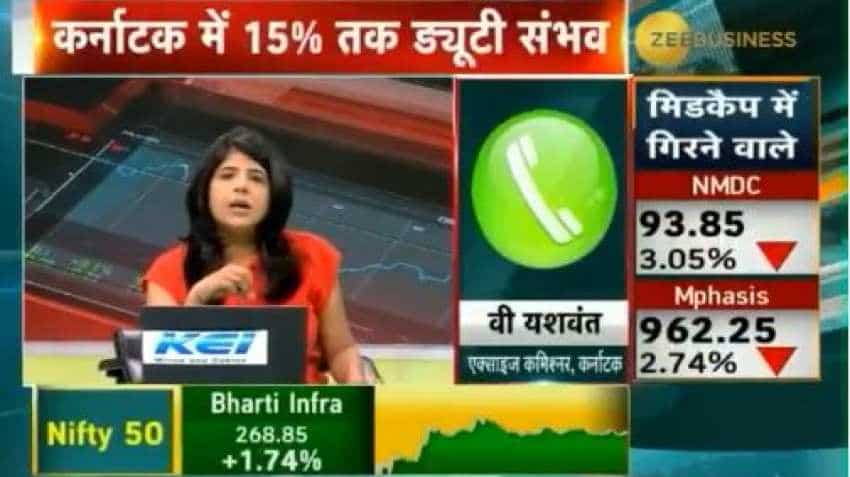 Our prices are on a lower side when compared with the prices of the neighbouring states, said V Yashavantha, Excise Commissioner of Karnataka. Image source: Zee Business

V Yashavantha, Excise Commissioner, Karnataka, talks about the revenue target of the state and liquor price hike among others during a candid chat with Swati Khandelwal of Zee Business. Excerpts:

Q: Liquor prices have been hiked twice in the state, April 2018 and August 2018, and there are reports that there can be another hike. Is it going to be in line to the budget recommendations of the year?
A: This revision of liquor rates is generally announced during the budget.

Q: Karnataka is one of the leading consumers of premium liquor and beer, and was able to collect a record Rs 70 crore as revenue on December 31, 2018.
A: See, it is a normal thing during Christmas and New Year and we expect that the revenue will go up. But, the government will take a decision in the revision of the prices during the budget.

Q: When the budget will be announced?
A: Likely in February or the first week of March.

Q: Do you think that consideration of any demand to tamper the liquor price hike will impact your revenue target?
A: I don’t see any such event because our liquor prices are comparatively cheaper than our neighbouring states. Thus, can’t see any impact on that.