With several Karnataka`s districts reeling under drought, the state is providing relief and employment to the drought-hit, Governor Vajubhai Vala said on Saturday. 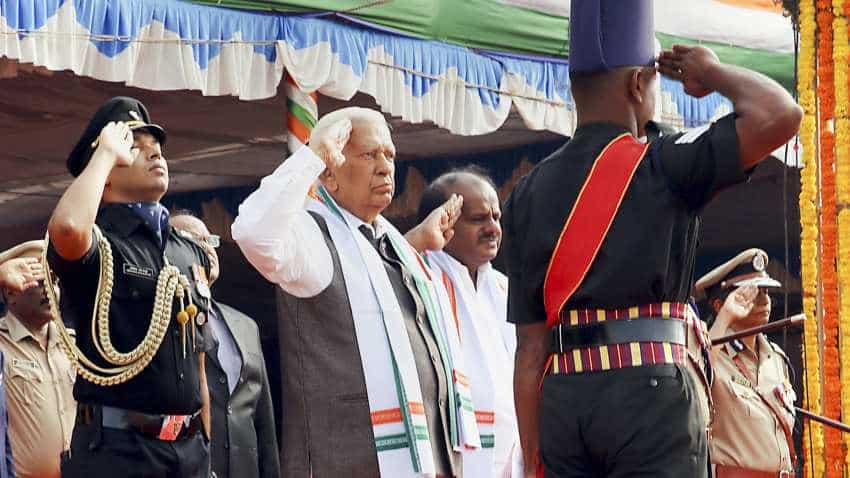 With several Karnataka`s districts reeling under drought, the state is providing relief and employment to the drought-hit, Governor Vajubhai Vala said on Saturday. "A large part of the state is facing severe drought. About 100 taluks (sub-districts) during kharif and 156 taluks of rabi seasons in 2018 have been declared drought affected," Vala said in his Republic Day address at the Field Marshal Sam Manekshaw parade ground here.

The priority of the government was to provide drought relief, employment, drinking water supply and other mitigation measures, he said. In a 20-minute R-Day address in Hindi to the gathering, the Governor highlighted the vision and achievements of the state over the past four years since he assumed office in 2014.

The state government, which announced crop loan waiver in 2018, has so far released Rs 876 crore as on January 11 towards waiver of loans from 1.1 lakh co-operative banks and 58,000 commercial banks, the Governor said. Under the Swachh Bharat Mission, rural Karnataka was declared open defecation free on November 19, 2018, the Governor said. "The state is aiming to declare all the 279 cities of Karnataka as open defecation free by March."

As a home to hundreds of multinationals, IT and manufacturing firms, Karnataka was implementing "Compete with China" scheme to develop industrial clusters across the state, with an aim to create jobs. "Under the state`s Industrial Policy 2014-19, approval has been given to 1,958 projects with an investment of Rs 3.49 lakh crore to create employment opportunities to 10.28 lakh people," Vala added.