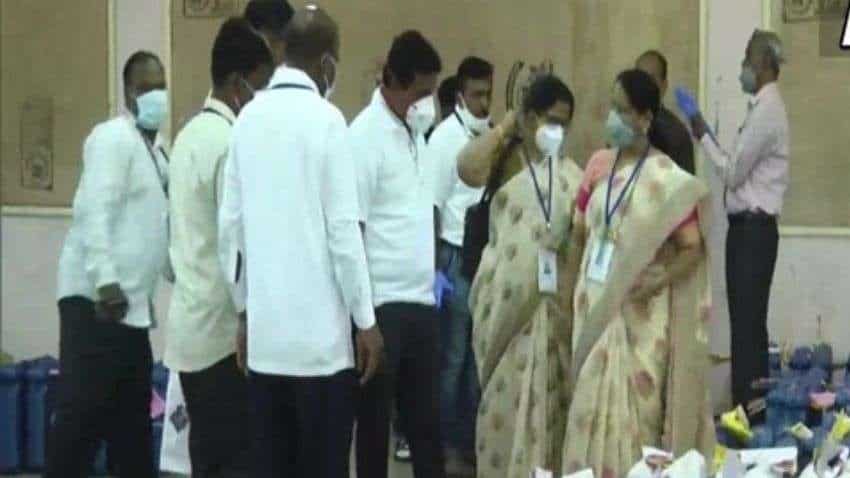 As per a report by ANI, until now, counting for 42 wards has been completed wherein, BJP is leading with 26 seats, while Congress scored 13 seats and 3 seats for Independent.

A total of 8,18,096 voters voted during corporation polls. The total polling percentage recorded in Hubballi-Dharwad was 53.81 per cent, while for Belagavi, and Kalaburagi corporation polls, 50.41 and 49.40 per cent were reported respectively, as per a report by ANI.

Apart from BJP, Congress, and JD(S), Aam Aadmi Party and All India Majlis-e-Ittehadul Muslimeen have fielded their nominees. In Belagavi, Shiv Sena-Maharashtra Ekikaran Samiti members have also contested as independents.

Elaborate security arrangements have been made at the counting centres as well as in the cities amid adherence to the Covid-19 protocol.