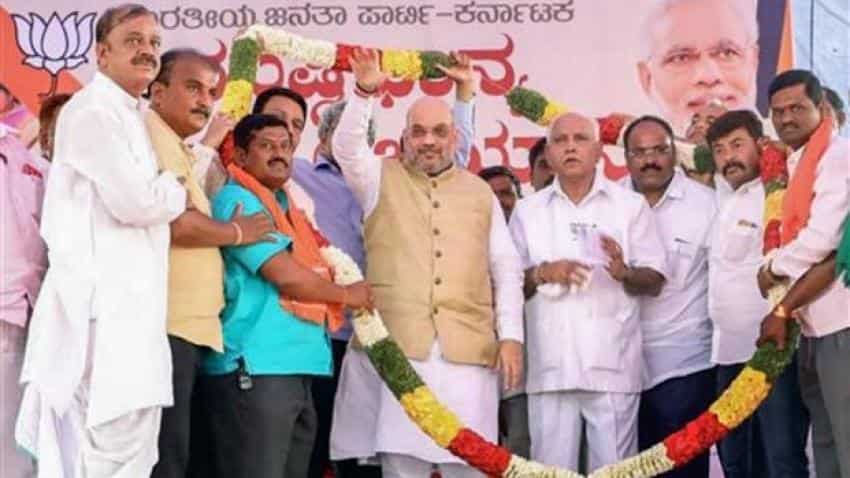 So, who will win the Karnataka Assembly elections 2018? The bookies have taken a shot at the guessing game, and they are predicting a surprise. Polls are scheduled to be held on  May 12, 2018, and counting of votes will be taken up on May 15, 2018. There will be a single phase election for the 224-member assembly. However, although there is a lot of tussling by political parties and each and every one of them is confidently stating they will emerge victorious by a huge margin, yet for the bookies, the ground reality is quite different. What they are saying is that neither the ruling Congress, nor the Bharatiya Janata Party (BJP) will get a controlling majority, that a hung assembly is in the offing. What that means is that just a few MLAs may tilt the balance in favour of a particular party. Who will gain in this situation? Independents, including Janata Dal (Secular) will play a kingmaker's role.

Bookmakers, who spoke to Zee Business's Ketan Joshi on condition of anonymity, said there is a Rs 3,000 crore betting business associated with the Karnataka assembly elections. According to bookmakers from Mumbai, Delhi and Karnataka, BJP is going to get 93 to 95 seats in the state, while the ruling Congress will be able to secure 80 to 92 seats.  They said the independents are going to play the kingmakers role. Incumbent Chief Minister Siddaramaiah and former chief minister, BS Yeddyurappa will be the two main competitors in the race for the top post.

The Bookmakers also revealed that in the speculation market, there are some 5 to 7 seats that are swinging in favour of this or the other party every day and the final results will be clear 48 hours before the election. At the moment, they aver, Yaddyurappa is in the lead. The bookmakers are offering Rs 1.25 for every Re 1 placed on Siddaramaiah as a Chief Ministerial candidate, and Rs 1.62 for every Re 1 placed on Yaddyurappa as a Chief Minister candidate.

Betting is illegal in India, but an underground betting business mushrooms during big events in the country with elections and cricket matches becoming the highlights. However, one thing that needs to be borne in mind is that bookies are highly unreliable their speculation can be widely off the mark.