Karnataka election 2018: Siddaramaiah's colleague Mallikarjun Kharge said that if the need arose, he would step in as CM, not "as a Dalit leader, but as a senior Congress leader" 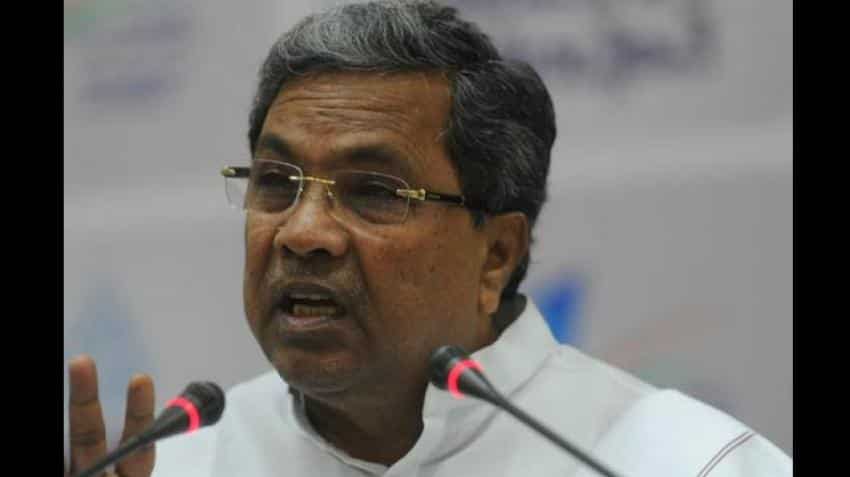 Karnataka election 2018: Insiders said that if the Congress fails to bag less than 100 seats, the probability of Siddaramaiah being reinstated is a foregone likelihood. Image source: PTI

Karnataka election 2018:  Karnataka CM Siddaramaiah said on Sunday that he is willing to sacrifice his post if the party wins and wants a Dalit face in his place. His colleague Mallikarjun Kharge said that if the need arose, he would step in as CM, not "as a Dalit leader, but as a senior Congress leader".
Meeting reporters in Chamundeshwari, one of the two constituencies from where he contested, Siddaramaiah said, "This will be my last election. It is fine if the party decides to have a Dalit chief minister."

Speculations mounted about what could happen in case Congress emerges as the party with the single-largest number. Insiders said that if the party fails to bag less than 100 seats, the probability of Siddaramaiah being reinstated is a foregone likelihood. In that eventuality, if the party needs to join hands with JD (S) and BSP combine, Kharge, the party's Dalit face, could be propped up. Mayawati has already backed Kharge as CM. Party sources also said that Siddaramaiah's insistence on "sacrificing" for a Dalit face could likely be keeping in mind his political career ahead of the 2019 general elections.

The infighting within in the run-up to the Assembly elections has the party into two camps — one led by Kharge and the other by Siddaramaiah. The CM, who is a Kuruba Gowda from Mysore in south Karnataka, also contested from Badami, a north Karnataka seat to consolidate the Kuruba Muslim and SC vote bank in the belt.

A party leader estimated that Siddaramaiah contesting from Badami could have consequences in over 18 to 20 seats.