Karnataka election 2018: 10 developments you should know about

Karnataka election 2018: The critical poll heading into the general election 2019 has thrown up a big surprise. The PM Narendra Modi led Bharatiya Janata Party (BJP) did not manage to get a majority even as it emerged as the largest party. 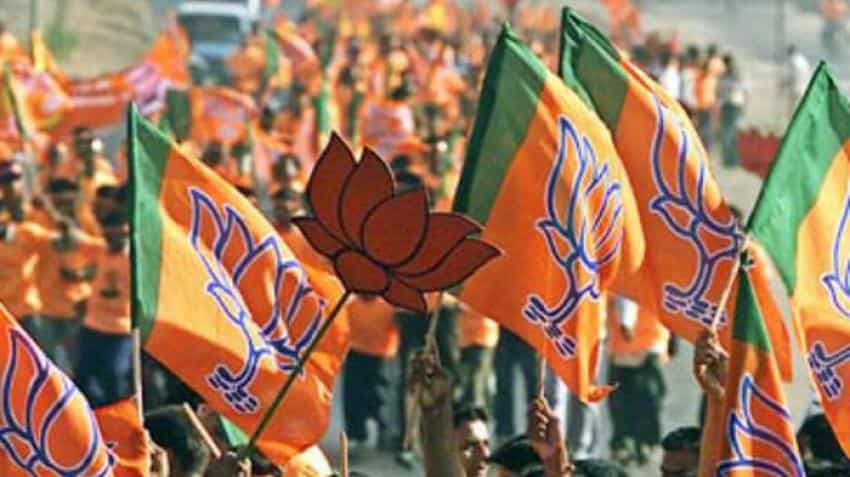 BJP emerged as the single largest party but fell 9 seats short of a majority in Karnataka. Image source: ANI

Karnataka election 2018: The critical poll heading into the general election 2019 has thrown up a big surprise. The PM Narendra Modi led Bharatiya Janata Party (BJP) did not manage to get a majority even as it emerged as the largest party. Moving swiftly to take advantage was the second biggest party Congress, which approached the third placed Deve Gowda led JDS and offered the chief ministership to his son Kumaraswamy thereby checkmating BJP President Amit Shah. This offer has been accepted, but all is not over for the BJP as yet. In effect, the Congress-JDS combo is bigger than the BJP as it stitches together a majority in the assembly. Exactly how did things pan out? Check out 10 developments:

1. BJP emerged as the single largest party but fell 9 seats short of a majority in Karnataka.

2. Now Governor Vajubhai Vala will have to decide whether to call BJP chief minsiterial candidate Yeddyurappa to try to form the government or go with the JDS-Congress combine.

3. JDS-Congress combo together have a clear majority in the 224-member Karnataka Assembly. The BJP has 104 seats, a gain of 64, while the Congress notched 78, a loss of 44 seats even as JDS secured 37 seats, which was less than three from its previous tally.

4. Notably, Congress lost even though its vote share was nearly two percentage points more than the BJP. Congress got 38 per cent of votes vs BJP's 36.2 per cent and JDS 18.4 per cent.

5. Both BJP and JDS-Congress leaders met Vala at the Raj Bhavan and staked claim to power.

6. Elections were held for 222 seats on May 12 while polling for the remaining two will be held later. To form the government requires 113 members in the assembly.

7. Despite the setback, Prime Minister Narendra Modi hailed the party's win in Karnataka as "unparalleled and unprecedented".

8. The daylong developments were breathtaking and there is still all to play for as the Governor is a BJP appointee and he may or may not go by the trend that the saffron party has set in recent elections - in Goa and Meghalaya, Congress was teh largest party but the governor invited the BJP to form government.

9. Congress' swift political manoeuvring, reportedly party President Rahul Gandhi and mother Sonia met over lunch to chalk out this strategy, paid BJP back in the same coin, but success is far from guaranteed yet.

10. JDS state Chief H D Kumaraswamy along with Congress leaders Siddaramaiah, Ghulam Nabi Azad and Mallikarjuna Kharge met Vala and submitted a letter seeking an opportunity to form the government. On his part, Yeddyurappa said, "BJP has emerged as the single largest party, we have requested the governor to give us an opportunity to prove our majority on the floor of the assembly."