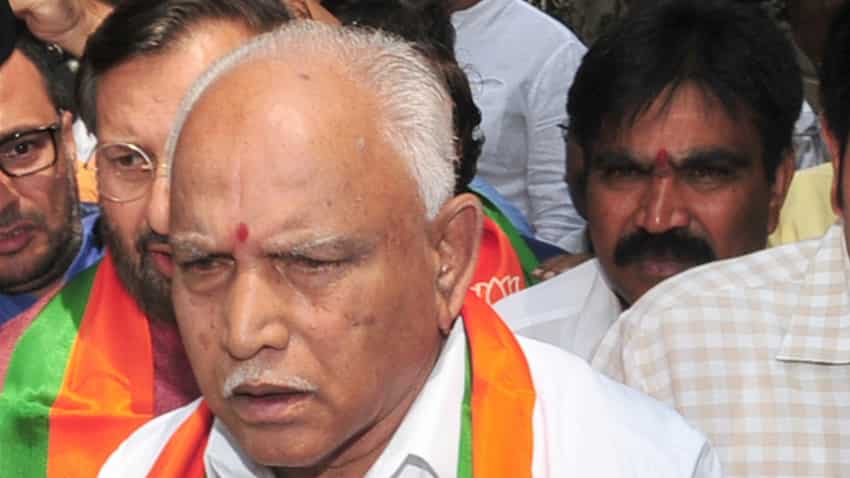 Karnataka Chief Minister B S Yediyurappa would induct 17 legislators as ministers in the first phase of his cabinet expansion, Photo: IANS
Written By: IANS
RELATED NEWS

Karnataka Chief Minister B S Yediyurappa would induct 17 legislators as ministers in the first phase of his cabinet expansion, a party official said on Tuesday.

"Our party high command has cleared the list of 17 legislators to be included in the cabinet. An oath will be given by the state Governor Vajubhai Vala at Raj Bhavan in the city on Tuesday," party official G Madhusudana told IANS.

Governor will administer the oath of office to the lawmakers from 10.30-11.30 a.m. in the `Glass House` on the lawns of Raj Bhavan, amid tight security.

Of the 17, 16 belong to the BJP and one, H Nagesh, is an Independent MLA from Mulbagal assembly seat.

Three weeks after he took oath as the Chief Minister of the state, Yediyurappa will finally have a full cabinet.